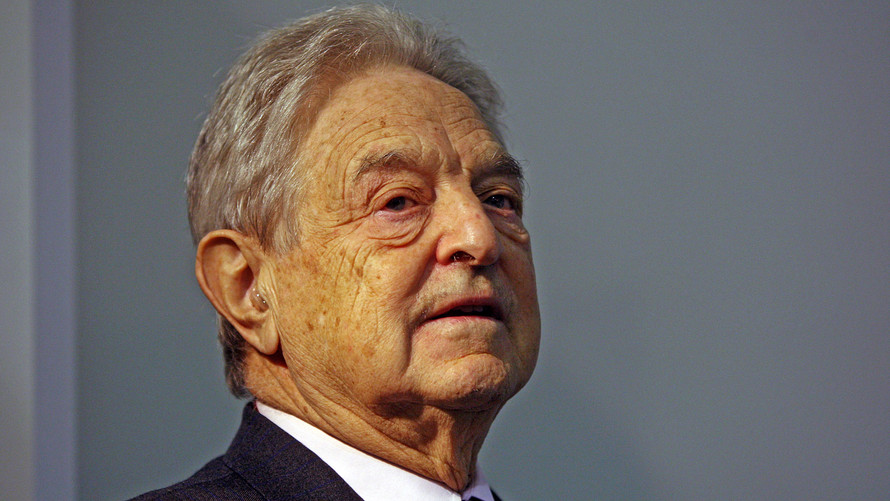 “The instruments of control developed by artificial intelligence give an inherent advantage of totalitarian regimes over open societies,” the 88-year-old said on Thursday at the World Economic Forum in Davos, Switzerland. “China is not the only authoritarian regime in the world but it’s undoubtedly the wealthiest, strongest and most developed in machine learning and artificial intelligence.”

The former hedge fund manager said China is developing a centralized database that will use algorithms to determine whether a person poses a threat to the one-party system. While the so-called social credit system is not yet fully operational, “it will subordinate the fate of the individual to the interests of the one-party state in ways unprecedented in history,” Soros said.

“I find the social credit system frightening and abhorrent,” he said. Soros drew a distinction between Xi and the Chinese people, saying the latter remain a main source of hope.

[…] In his speech, Soros touched on subjects including his childhood, running a hedge fund and his efforts to protect human rights. He spoke at length about China, criticizing Xi and the nation’s “One Belt, One Road” infrastructure project as self-serving. He also called out Russian President Vladimir Putin as another enemy of democracy. [Source]

He called for an American response to China’s Belt and Road Initiative, which he said was designed to promote the interests of Beijing rather than those of recipient countries. He singled out China’s actions in Sri Lanka, Malaysia and Pakistan.

“[China’s] ambitious infrastructure projects were mainly financed by loans, not by grants, and foreign officials were often bribed to accept them,” he claimed. “Many of these projects proved to be uneconomic.”

He appealed to the US administration to take more effective steps to address the Chinese threat, including cracking down on telecom equipment providers ZTE and Huawei, which he said could present an unacceptable security risk for the rest of the world.

[…] Mr Soros suggested that there was domestic opposition to Mr Xi — and hope for change in China. “Since Xi is the most dangerous enemy of the open society, we must pin our hopes on the Chinese people, and especially on the business community and a political elite willing to uphold the Confucian tradition,” he said. [Source]

At Yahoo Finance, Julia La Roche highlights Soros’ concern on the potential for repressive regimes to join hands, and why the U.S.’ current approach is misguided:

He said the “most dangerous scenario” is if “these enemies conspire with, and learn from, each other on how to better oppress their people.”

“The question poses itself: What can you do to stop them? The first step is to recognize the danger. That’s why I’m speaking out tonight.”

[…] Even so, declaring China a strategic rival is too simplistic, according to Soros. He noted that China is an important global actor. An effective policy towards China can’t be reduced to a slogan, he said.

He said Trump “seems to be following a different course” of making concessions to China and renewing attacks on U.S. allies, all of which undermines U.S. policy of “curbing China’s abuses and excesses.”

“To conclude, let me summarize the message I’m delivering tonight. My key point is that the combination of repressive regimes with IT monopolies endows those regimes with a built-in advantage over open societies. The instruments of control are useful tools in the hands of authoritarian regimes, but they pose a mortal threat to open societies.” [Source]

Soros’ speech can be read in full via BuzzFeed. It has also been posted in full in Chinese on CDT Chinese.