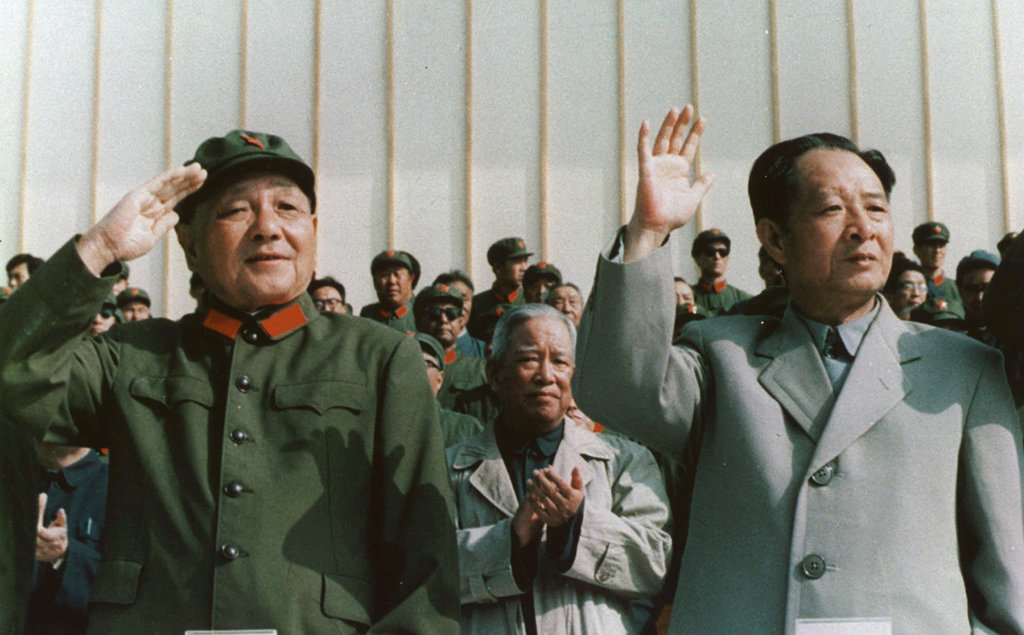 Hu Yaobang, who helped navigate China away from orthodox Marxism and led the world’s largest Communist Party for six years until he was forced to resign in disgrace in January 1987, died today, the Government announced. He was 73 years old.

[…] Mr. Hu played a critical role in helping his long-time mentor, Deng Xiaoping, gain and consolidate power in the late 1970’s. In the early- and mid-1980’s, he was in charge of day-to-day matters during China’s liberalization. And yet his extraordinary career was overshadowed by its even more extraordinary end: the blur in December 1986 and January 1987 that included tumultuous student demonstrations, a torrent of criticisms against him by top-level officials, his resignation, and the subsequent campaign against ”bourgeois liberalization,” or Western democratic influences.

His resignation came to be a milestone in post-Mao China, for several reasons. It showed that resistance to rapid change and personal style was still considerable, especially among ”old revolutionaries” and military officials. And it upset the plans for an orderly succession under which Mr. Hu could have taken over from Mr. Deng as paramount leader, instead opening the way for the rise of more cautious officials like Li Peng, now Prime Minister. Resignation and Crackdown

The resignation of Mr. Hu and the subsequent crackdown on intellectuals also intensified many people’s disillusionment with the Communist Party and added to the difficulties that Beijing has had in enforcing its will in the provinces. [Source]