30 Years Ago: Leaders Meet with Students 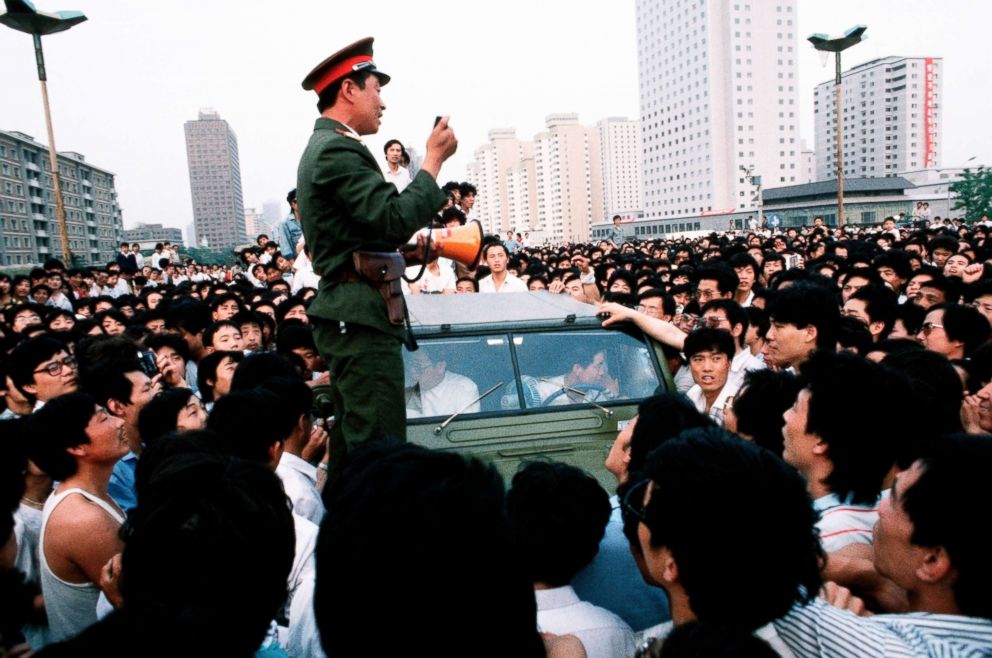 In a clear sign of the influence that students have gained through their demonstrations, the Government conducted the informal talks with student leaders who had been condemned just days ago, and then broadcast the discussions on national television.

[…] What was remarkable was not just that the meeting took place but that the Government televised nearly all of it, apparently as a concession to a student’s demand. The official New China News Agency also gave a long, relatively balanced account of the event.

The session reflected the Government’s attempts to soothe university students and persuade them to return to class after two weeks of pro-democracy demonstrations. The willingness to meet with the students and televise the encounter was another sign of the Government’s meekness after an enormous demonstration on Thursday that overcame lines of police and troops. [Source]

And from another New York Times article from the same day:

The last two weeks of demonstrations have been an extraordinary humiliation for the Government, and especially for Deng Xiaoping, China’s senior leader, who personally ordered the repression of the student movement. But more fundamentally, they suggest that the Government may be losing its grasp on what the emperors called ”the mandate of heaven.”

Mr. Deng may be too good a Communist to believe in such a mandate, but in his lifetime he has already seen the Qing dynasty crumble in 1911 and the Nationalist Government collapse in 1949 because they lost the moral legitimacy to rule. While almost no Chinese expect the Communist regime to fall any time soon, many see in the vast protests a similar process: erosion of the Government’s moral authority to rule. [Source]