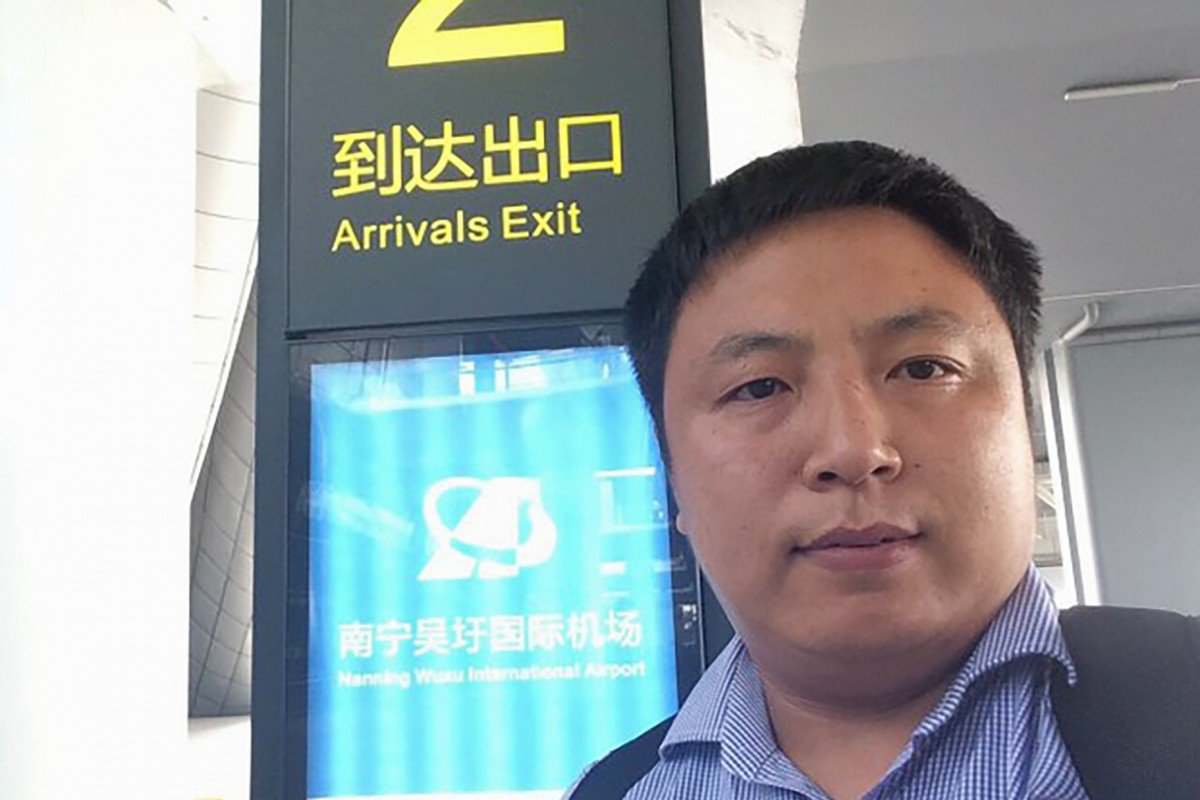 Human rights lawyer Chen Jiangang was barred from leaving China on Monday while attempting to board his flight at Beijing International Airport. He was set to travel to the U.S. to study on a State Department-funded fellowship, but was refused exit at customs on “national security” grounds. Echo Xie at South China Morning Post reports:

Chen told the South China Morning Post on Wednesday that he had been informed that the Beijing Public Security Bureau had issued an order saying that he was not allowed to leave China because doing so would “endanger national security”. The officer who stopped him at the airport refused to provide a further explanation.

He was also denied a written notice outlining the reasons for the ban, and said that without this note it would be “useless” to pursue the matter through legal means or ask the authorities to rethink.

In an earlier statement posted on Twitter, he wrote that he had been told “the reasons cannot be explicitly stated; we just can’t let you leave the country”.

Chen had already been told by police that he was on a blacklist because of his work representing Xie and that the authorities distrusted the US government’s motivations after he was offered a Hubert H Humphrey fellowship. One officer he spoke to said: “Who knows what they [the US] are up to?” [Source]

Chen said in a statement posted at China Change that he has been barred from leaving China since before the 2015 nationwide crackdown on human rights lawyers, and that the ban was extended to his family in 2017. Other rights lawyers including Wang Yu have faced similar exit bans. Wang, who was briefly detained last month while attempting to attend a seminar at the U.S. embassy in Beijing, was prevented from leaving China in 2018 after being refused a passport to visit her son, who was studying in Australia. From Chen’s statement:

During the week-long May First holidays in 2017, my family was illegally detained while we were on vacation in Yunnan. At that time, the Beijing PSB sent agents to Yunnan to get me.  The agents took me into custody and brought me back to Beijing. They told me that I was not allowed to travel freely because I represented Xie Yang [one of the 709 lawyers], and defended clients in some earlier human rights cases involving freedom of speech and belief.

[…] I am a practicing lawyer, and my practice qualification certificate and practice license (license number 11101200810281378) were issued jointly by the PRC Ministry of Justice and the Beijing Municipal Bureau of Justice.  It is part of his or her normal professional work for a lawyer to handle criminal cases, including the “709 Xie Yang Case.”  The fact that the Beijing PSB used my involvement in the Xie Yang case as grounds to implicate me and my family is an unlawful act on the part of the Chinese government.

RFA has more on Chen’s role in representing fellow rights lawyer Xie Yang after he was detained in the 2015 Black Friday roundup, and in publicising Xie’s account of torture suffered in detention, over which Chen was detained in 2017. Xie was convicted of inciting subversion in 2017.

Chen was instrumental in exposing the torture of Xie Yang, who was initially detained on July 11, 2015, then held under “residential surveillance at a designated location” in a government guesthouse belonging to the National University of Defense Technology in Hunan’s provincial capital, Changsha.

Subjected to abuse including deprivation of food and water, Xie was tortured again after being moved to the police-run Changsha No. 2 Detention Center following his formal arrest on Jan. 9, 2016.

Xie was subjected to confinement in a “hanging chair” made of plastic chairs stacked high above the ground for hours at a time, so that his legs swelled up and he was in excruciating pain, he told his lawyers.

He was also deprived of sleep and repeatedly beaten, humiliated, and taunted with death threats against his family, according to copious and detailed notes made public from meetings with his lawyers, including Chen. [Source]