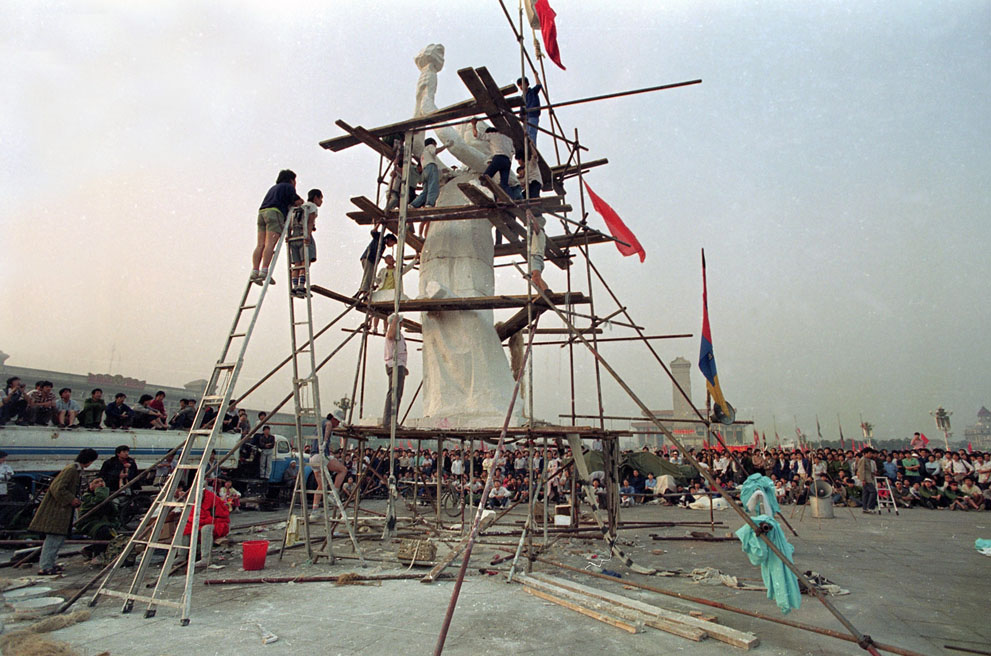 Zhang Quan slipped out of work several times earlier this month to join pro-democracy rallies, and he donated $27, two-thirds of his monthly salary, to the student demonstrators.

But like tens of thousands of other workers, he bowed out of Sunday’s demonstration. He said he was too busy.

”The students and the citizens are tired,” the 23-year-old cake seller said. ”The movement has lasted for so long and we citizens have done our best to support the students. We have given them bread rolls, clothing and quilts. But as ordinary citizens, we are not rich. We are exhausted and we are disillusioned.”

The challenge for China’s university students is to reawaken the enthusiasm of workers like Mr. Zhang. Such workers added a new dimension to the movement and vastly increased its scale, but now many seem to be settling back into silence. [Source] 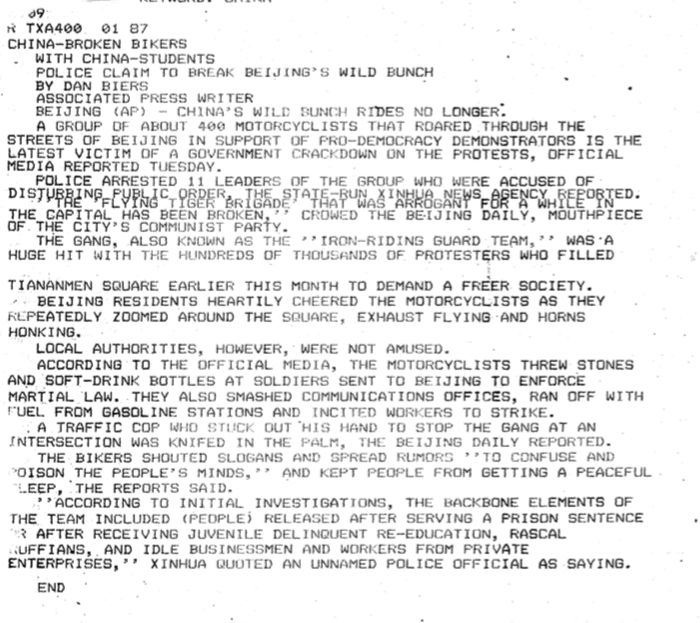 See more reports from AP from Beijing on the same day.

The Goddess of Democracy erected in Tiananmen Square May 30, 1989