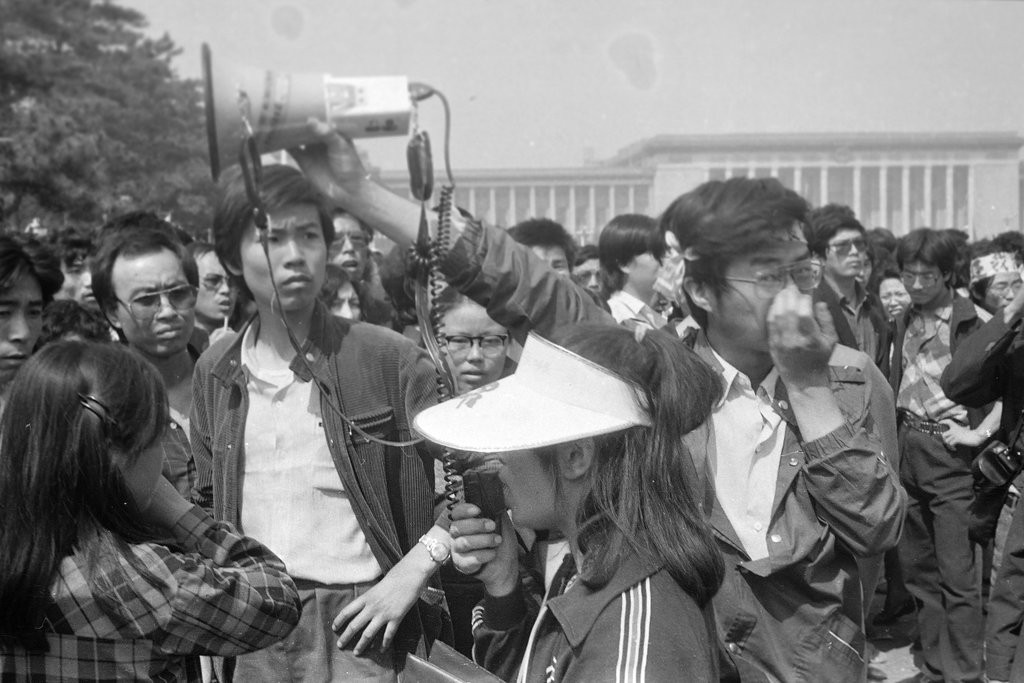 Prime Minister Li Peng appeared on television today, declaring that his Government was in control, and there were more signs that at least for now he is gaining in the power struggle that is racking China.

In an indication that a military solution to the political crisis remains a possibility, Mr. Li also sent a letter to troops encircling Beijing, expressing the hope that ”the troops will overcome the difficulties confronting them” and ”successfully impose martial law.”

Mr. Li’s public appearance was the first by any of China’s top leaders since the Prime Minister made a speech Saturday morning calling for a military crackdown on the nation’s democracy movement. Demonstrators in Beijing and other cities have been holding large rallies calling for Mr. Li’s ouster, and there were hints in official news reports earlier in the week that he might be in political trouble.

[…] In his television appearance tonight, Li Peng (pronounced lee pung) seemed relaxed and confident as he met three newly arrived ambassadors to Beijing. The opening segment of the evening news program showed Mr. Li saying the troops called to Beijing had not yet reached the downtown area because they had been blocked by people who do not understand their purpose.

Student leader Wang Dan at a press conference on May 26, 1989 in Tiananmen Square announcing the student’s call for a city-wide march to take place Tuesday, after which the students would end their occupation of the square (via CND)

See also a report from the Pittsburgh Post Gazette, and “Wishful Thinkers?” from the New York Times.