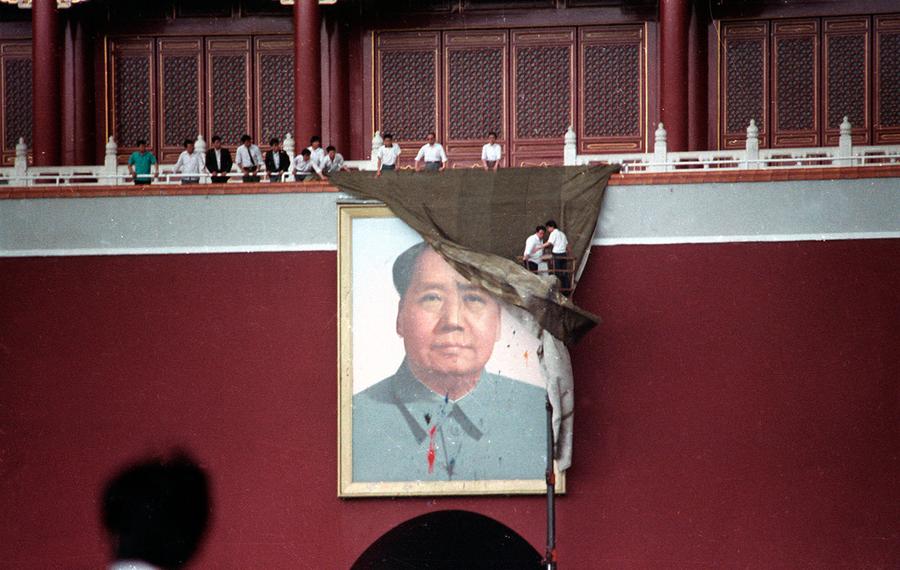 Jonathan Mirsky of The Observer relates his own experiences during Tiananmen:

Just before the massacre in Tiananmen last week, a Peking resident whose work for a foreign employer gives him a material life even high-ranking officials would envy, said, ‘Help me to leave. I don’t want my baby son standing in Tiananmen in 20 years demonstrating for democracy.’

But this mild-mannered man, who was willing to spend everything he had on a passport from the most discredited banana republic if it would get him out of China, was also a bit of a hero. On the night of 20 May, when Premier Li Peng’s voice, thundering out of the night from the Tiananmen loudspeakers, declared that the People’s Liberation Army was going to enter Peking to stop the ‘chaos’, Mr Wang (not his real name) cycled over to the roadblock local residents had built to halt the soldiers. ‘My wife tried to stop me. I told her I wouldn’t risk my life standing in front of the army, but I thought that if the soldiers began shooting people I should be a witness.’

I thought it was admirable that Mr Wang, in his quiet way, had been prepared to take such a risk, but by the time he told me about it I had seen citizens clambering over army lorries both inside Peking and in the suburbs, where they harangued the soldiers while supplying them with food and water.

I had also seen an army major leaning out of such a lorry to tell a local TV reporter how pleased he was that his column had been ordered to turn around and return to base. The reporter had been pleased, too. ‘This is really good news,’ he said, facing the camera. ‘The People’s Liberation Army loves the people, and the people love the Army.’ When I saw that, I remembered, but put out of my mind, the words of a tank commander I had encountered with his squadron about 20 kilometres east of Tiananmen early one morning. He said that the students were like his younger brothers and sister, but said that they were also his duixiang, his target. Why? Because Deng Xiaoping, who was giving the orders, ‘is my father.’ [Source]