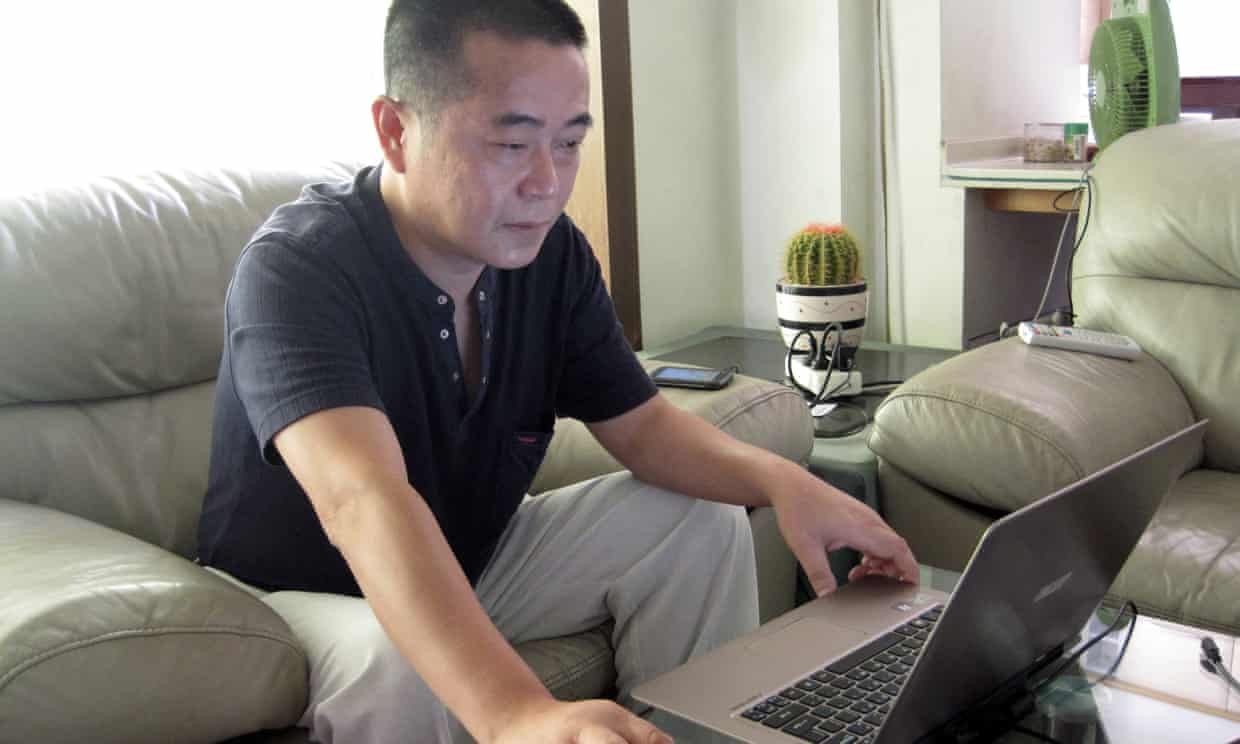 Huang Qi, who became known as China’s first cyber dissident after his first arrest in 2000, has been sentenced by a court in Mianyang, Sichuan to 12 years in prison for work on his website 64Tianwang.

Huang’s trial in January was held without advance warning and his family and friends were barred from attending. A propaganda directive banned independent reporting or commentary on the proceedings. Gerry Shih of the Washington Post reports on Huang’s sentence:

Huang Qi, the founder the 64 Tianwang website that aired accounts of government abuse, corruption and fecklessness from across China for two decades, was sentenced for “deliberately disclosing state secrets” to foreign parties, the Mianyang Intermediate People’s Court in Sichuan Province said in a brief online announcement Monday.

Before he was arrested most recently in 2016, Huang, 56, had served two other stints in prison for his advocacy and spent roughly half of the last 20 years behind bars. Each time he was released, he returned to publishing his website, which became a go-to destination for Chinese petitioners who had few options to seek redress for abusive working conditions or illegal land grabs.

[…] One of Huang’s closest confidants, who spoke on the condition anonymity, said Huang unleashed a courtroom diatribe about Chinese President Xi Jinping during his closed-door trial this year and clashed with court stenographers who refused to record his remarks.

“It was his attitude,” said Patrick Poon, a China researcher at Amnesty International, which has called for Huang’s release. “Huang would not admit to any offenses. They were giving a lot of pressure to him and his family, but he refused to concede.” [Source]

The BBC reports on Huang’s work for 64Tianwang and his stints in jail prior to his latest arrest in November 2016:

Huang created his website in 1998 to help people search for friends and family who had disappeared. But over time it began covering allegations of corruption, police brutality and other abuses.

In 2003, he became the first person to be put on trial for internet crimes in China, after he allowed articles, written by others, about the brutal crackdown of 1989’s Tiananmen Square pro-democracy protests to be published on the site. That led to a five-year jail sentence.

He was subsequently sentenced to a further three years in prison, in 2009, after giving advice to the families of children who had died in an earthquake in Sichuan the previous year.

[…] Huang was detained again, in 2014, after 64 Tianwang covered the case of a woman who had tried to set herself on fire in Tiananmen Square to coincide with the start of that year’s National People’s Congress.” [Source]

Huang’s 86-year-old mother is being held under tight surveillance at her home after campaigning on her son’s behalf. From Radio Free Asia on July 12:

Pu Wenqing, 86, is currently under house arrest at her home in Mianyang city, in the southwestern province of Sichuan, and is being watched over by state security police, sources told RFA.

Repeated calls to her cell phone this week resulted in a “no such number” message or no answer.

Pu, who is a retired doctor, has been under close surveillance since she tried to visit the Mianyang Intermediate People’s Court on hearing that an inspection team from the ruling Chinese Communist Party in Beijing was visiting.

“It seems that the central government is inspecting [Mianyang], which is what this is all about,” a source close to the case told RFA. “She told me [on Tuesday] that there were people standing guard both upstairs and at ground level, and that their number had grown.” [Source]

Huang himself suffers from kidney disease, heart disease, and other urgent medical conditions, and U.N. experts earlier said he would die in prison without proper treatment:

Mianyang Intermediate Court did not inform #HuangQi's mother #PuWenqing of today's hearing and the 12-year sentence. Both Huang & Pu are suffering from serious health conditions. Pu is 85 and was recently diagnosed with cancer. They may never see each other again @UNHumanRights https://t.co/faVptLadvU

In April 2018, @UN declared Huang was being arbitrarily detained. He has also been tortured & denied access to his lawyer & family. In Dec 2018 several UN experts sounded the alarm that Huang Qi could die in custody without medical care @UN_SPExperts @ukinchina @RightsPractice pic.twitter.com/uY8yRAcDuM

Read more about Huang Qi from CDT, the Committee to Protect Journalists, Amnesty International, and NPR. See also a 2013 interview by Ian Johnson in which Huang expresses an optimistic take on his ability to continue his work. In response to a question “So what’s really changing? Why are you optimistic?” he says:

[N]ow human rights is at least officially enshrined in the constitution. So you can see that what we want isn’t illegal anymore—the government talks all the time about human rights so the discourse has changed. It is significant because now they can’t arrest you for doing what we did in the late 1990s. There are still a lot of these cases but since Xi Jinping has come to power there’s been a big change. It’s heading in a more positive direction. [Source]