Translation: A Better World for Our Children 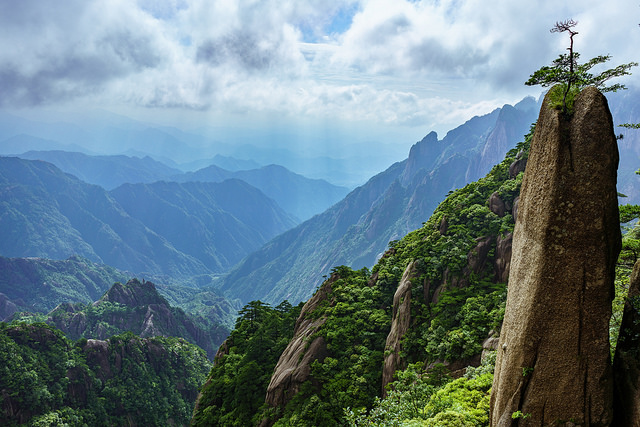 On his WeChat public account @荒诞主义咖啡 early this month, author “煮咖啡的劳伦斯” published “A Better World, For Our Children and Our Children’s Children” (一个更好的世界，为了孩子们，和孩子们的孩子们). In the essay, the middle-aged, Shanghai-based, middle class author dreams of a more open, cosmopolitan, and accepting China for the generations to come. CDT has translated an excerpt from the essay, which tells of a “better world” where children can be children, free speech can blossom, the citizenry can vote, and the international community can feel welcome:

[…] I believe that in a better world, three-year-old children wouldn’t have to jump the gun [on life], people wouldn’t have to join the government or strike it rich in order to realize their personal worth, and growing up wouldn’t mean losing the opportunity and ability to speak [your mind].

In a better world, my daughter, who is studying archaeology abroad, could return to her motherland and have no problem staying in touch with her far-flung friends online, and could read the latest literature in her field to her heart’s content.

In a better world, if my descendants wanted to write, they wouldn’t face any of the trepidation that I do, wouldn’t contort the beautiful words of our language into ugly homophones just to avoid being labeled “sensitive.”

In a better world, if a city like our Shanghai, or any city, wanted to enforce a trash sorting system, or made a big fuss over ostentation, or demolished a thriving street full of food stalls, the city’s inhabitants would at least have the chance to vote or to say something first.

In a better world, young people wouldn’t all be forced into IT or finance or e-commerce, but would go off to sing, paint, write, make films, and would have free rein to develop their creativity. We don’t have to look far—just look at how our neighbors, Japan and South Korea, have surpassed us in the arts!

In a better world, we wouldn’t just let mathematicians, physicists, and chemists focus on their research, like Ren Zhengfei says—we would also make room for historians, philosophers, and anthropologists to discover the past and reveal to us the reality of human existence, and would let our children know and remember the glory and the suffering of our people.

In a better world, our children, and our children’s children, would be able to live together in peace and equality, to be part of the global conversation, and to share in the blessings of human civilization, no matter their ethnicity, faith, skin color, gender, or sexual orientation.

Elton John is already 72 years old, and has just started his two-year “Farewell Yellow Brick Road” tour. He will perform at over 200 venues in 90-some countries all over the world. He will perform in Japan, South Korea, and Thailand. But he will not come here, to the largest country in the world.

In a better world, our marvelous, modern cities would be welcoming Elton John, and our children would be able to partake of the world’s greatest art, because art is the jewel of civilization. Of all the wonders humanity creates, only art is universal and immortal.

Many of us have experienced, or yearned for, this better world, but we also know how far away that world is from ours. So we worry, we emigrate, we indulge, we each guard our own little scrap of land. Many of us, because we think we are wise and prudent, choose to give up hope, to blame ourselves, to accept reality, to lead double lives. I see the utility of this choice: it takes into account only what you can accomplish in the years of your life, and leaves out your children and your children’s children. More importantly, to make this choice is to give up the fight for your personal destiny, and thus to give up the essence of life. […] [Chinese]