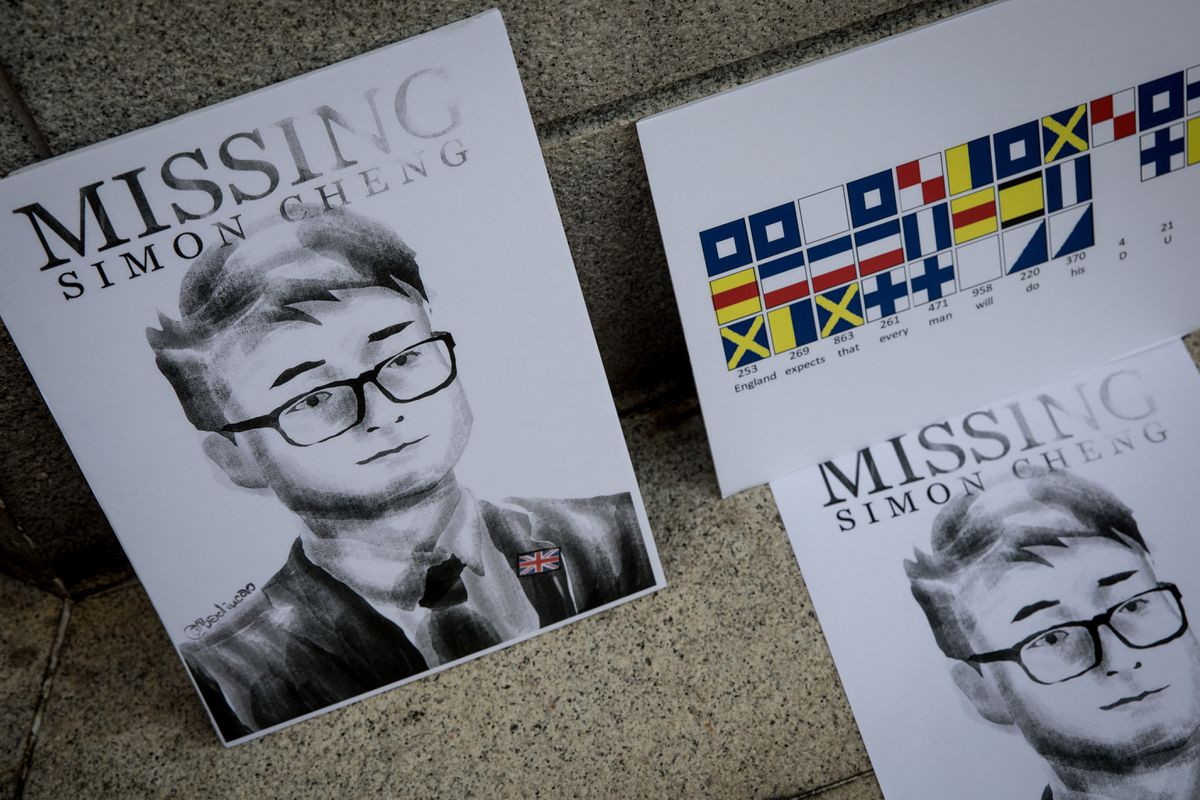 Simon Cheng, an employee of the U.K. consulate in Hong Kong, was yesterday confirmed to be held under “administrative detention” in Shenzhen after having not been heard from by family and friends since August 8, though no reason was given for his detention. Cheng’s girlfriend last heard from him that evening, when he texted saying he had boarded the high-speed train to Hong Kong in Shenzhen. An August 22 article from state-affiliated tabloid the Global Times reports that police said Cheng was being held for “soliciting prostitutes,” an accusation regularly used against dissidents and government critics. At The Guardian, Verna Yu reports:

Simon Cheng, 28, a trade and investment officer for Scottish Development International, travelled to Shenzhen, a city that borders Hong Kong, on 8 August. He sent messages to his girlfriend as he was about to cross back over the border at about 10pm and has not been heard from since.

The Global Times, a nationalist tabloid owned by the Communist Party mouthpiece People’s Daily, quoted Shenzhen police on Thursday as saying that Cheng was detained “for involvement in prostitution”. It added that the law stipulated that people “who engage in prostitution or visiting prostitutes” should be detained for up to 15 days.

Cheng’s family declined to comment but said “the truth is in people’s hearts” in an online reply to a Guardian inquiry. He is due to be released on Friday. [Source]

The South China Morning Post’s Sarah Zheng has more on the Global Times article, and on unsuccessful efforts by British authorities to get in touch with Cheng:

The British Foreign and Commonwealth Office said it was “our priority” to make contact with Simon Cheng Man-kit, 28, a trade and investment officer at the consulate’s Scottish Development International section.

“Neither we nor Simon’s family have been able to speak to him since his detention,” the office said in a statement. “That is our priority and we continue to raise Simon’s case repeatedly in China, Hong Kong and London and have sought to make contact with Simon himself.”

[…]According to the report, Shenzhen police said Cheng asked police to not tell his family of his detention.

The high-speed train between Shenzhen and Hong Kong only passes through one immigration checkpoint: West Kowloon station, shared by both China and Hong Kong on the tip of the territory’s northern peninsula. At a demonstration outside the British consulate Wednesday, protesters said Cheng’s apparent arrest was likely one of many, and linked his detention to longstanding fears about the station’s immigration arrangement.

Last year, a widely-criticized deal between Chinese and Hong Kong authorities placed part of West Kowloon station under Chinese law, allowing Chinese immigration officials and police to operate there. It was the first time such measures have been permitted in Hong Kong.

While Cheng could have been detained at any border crossing, an arrest at West Kowloon would be particularly worrisome to Hong Kongers who already feared that the station would be used by China to extend its control in the city. Reacting to Cheng’s detention, Gary Fan, a pro-democratic lawmaker who voted against the plan, said “this case proves my nightmare came true.” [Source]

Cheng’s detention comes as mass protests in Hong Kong continue over a proposed extradition law and the heavy-handed initial response by authorities when demonstrations began in June. As protests continue, Chinese authorities are attempting to control the domestic media narrative on the situation, and are also putting pressure on international companies to dissuade staff from participating in or supporting the demonstrations. See also an opinion essay by Hong Kong writer Karen Cheung on the mounting anxiety of being unable to return home after visiting the mainland, published at CNN.