Since late last year, internationally famous Chinese baritone Liu Keqing–who is known for having a “striking resemblance to Xi Jinping”–has several times had his account banned on short video sharing platform Douyin, the domestic Chinese version of TikTok, with the official explanation “appearance violation.”  The opera singer has repeatedly needed to undergo audits to prove his identity, and has enrolled his followers’ help on the task.

According to Liu, his account has been banned three times since last September in relation to either other people’s likes and comments that triggered sensitive word filters, or to his personal profile being reported: 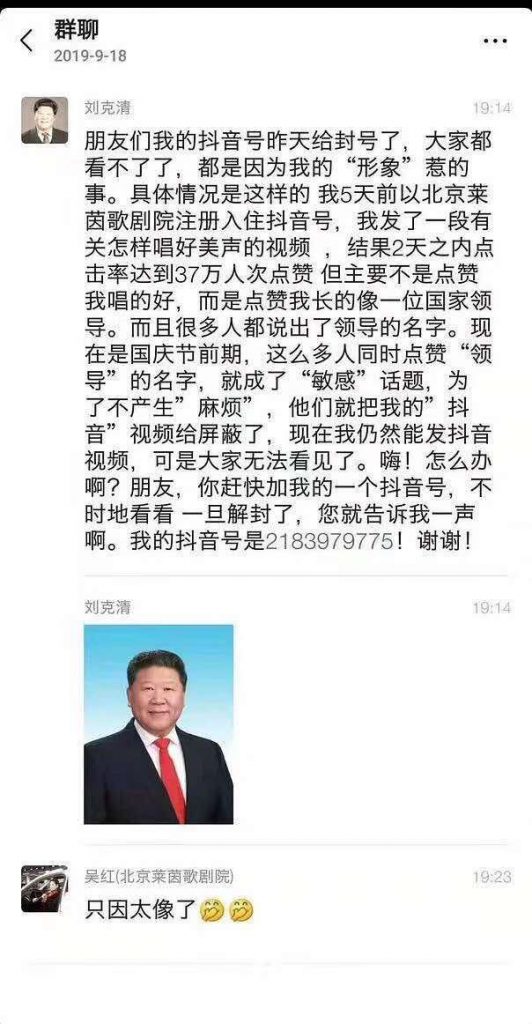 Friends, my Douyin account was blocked yesterday. Nobody can see it, all because my “appearance” has stirred up problems. Five days ago at the Beijing Laiyin Opera House I registered with Douyin to post a video on how to sing bel canto. Within two days it had passed 370,000 likes–not in support of my good singing, but because I look like a national leader. And, a lot of people wrote the name of the leader. It’s now almost the [October 1 anniversary of the PRC’s establishment] National Holiday, so many people are simultaneously liking the name of that “leader” that it’s turned into a “sensitive” topic. In order to keep “trouble” from stirring, they’ve blocked my Douyin video so nobody can see it. Arg, what can be done? Friends, please add one of my Douyin ID numbers, check it from time to time, and let me know when the ban is lifted. The number is 2183979775 Thanks! 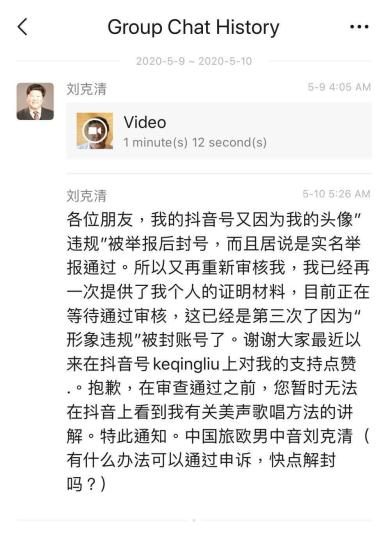 Friends, my Douyin account was again blocked after my avatar was reported for a “violation.” I am again being audited, I have once again submitted proof of identification, and I’m waiting to be cleared. This is already my third time my account has been banned for “appearance violation.” Thank you all for your recent support on the “keqingliu” Douyin. Apologies, you won’t be able to view my explanation on how to sing bel canto on Douyin until after the review is over.

As of the time of this post, Liu’s Douyin account has been restored, but he has modified his avatar to look less like that of the high leader: 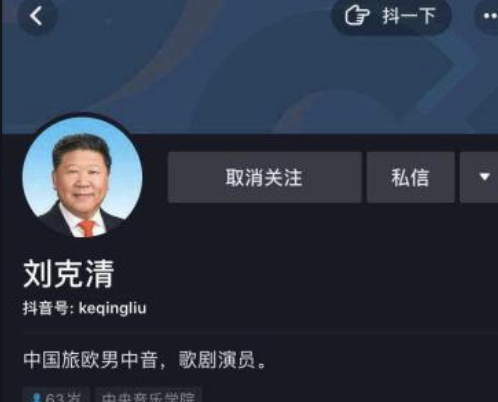 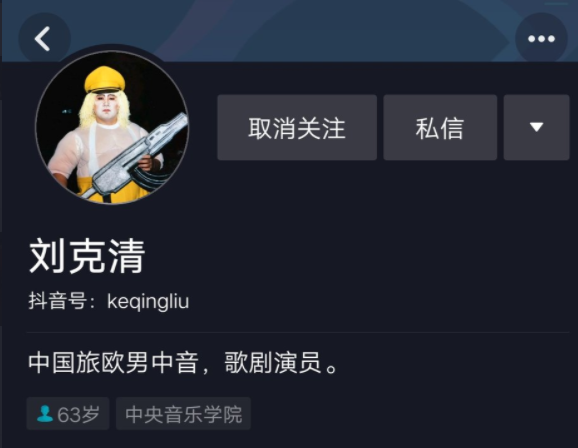