Lenovo, aiming to retain a large share of the Chinese computer market, will begin producing a cheap computer for low-income Chinese. The computer can be connected to a television set and will come with a keyboard and processor.

From the Chicago Tribune: 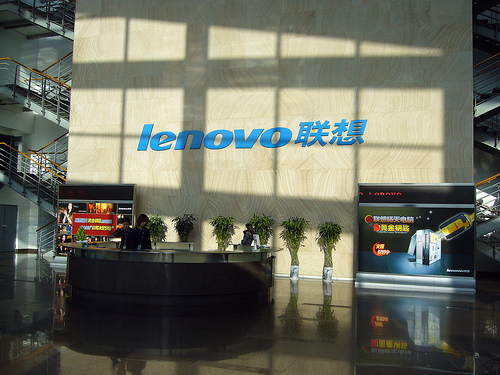 Lenovo Group Ltd. said Friday that it will sell a basic personal computer aimed at China’s vast but poor rural market and priced as low as $199.

See also the People’s Daily and the International Herald Tribune coverage of the new computer.

[Image: Lenovo reception in Beijing, from xiaming, via flickr.]

For Some Rural Officials, Poverty Pays

In China, Betting It All on a Child in College