“Pointing To The Sky, Cursing The Earth” – Zhou Yongyang (周永阳) 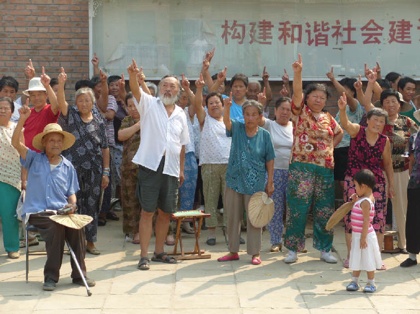 On August 15, Beijing-based performance artist Zhou Yongyang (周永阳) published the latest version of his work: “Pointing To The Sky, Cursing The Earth.” (“指天骂地”) He organized more than one hundred villagers who want to express their anger about the corruption of local officials, and asked them to pose like him in front of a wall with an official slogan on it. The slogan says “Constructing A Harmonious Socialist New Countryside.” For more photos, see “An Angry Lamb” blog here.

Here are photos of some more of Zhou Yongyang’s performance art work, from bokee.com: 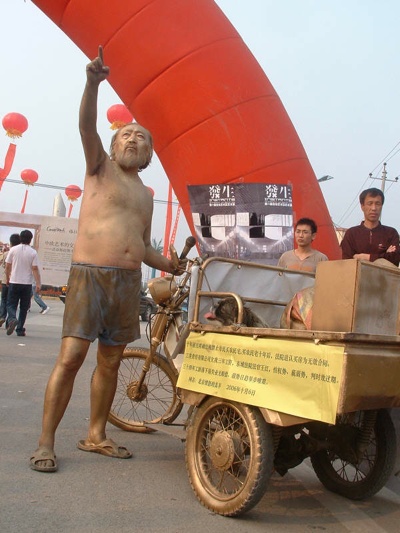 1,”Pointing To The Sky, Cursing The Earth.” performed at the art festival of Songzhuang Artists Village, Beijing. 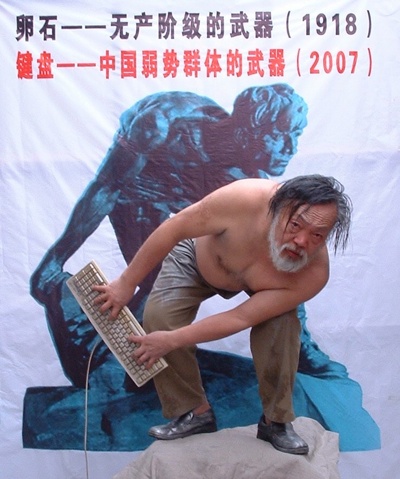 2, The artist imitates a famous sculpture from the former Soviet Union, 1918. The original title of the Soviet’s sculpture is “Rock — Weapon of the Proletarian.” In Zhou’s performance, he added a line in the title. The red print reads: “Keyboard — Weapon of the Weak in China, 2007” 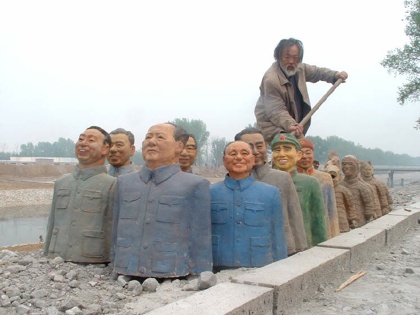 3, The artist half-buries a group of former Chinese leaders including Mao Zedong, Deng Xiaoping, Zhou Enlai, and Lin Biao. The title of this work is “For Future Archeologists To Dig Them Out”

Artists to the Countryside in Mao-style Cultural Campaign