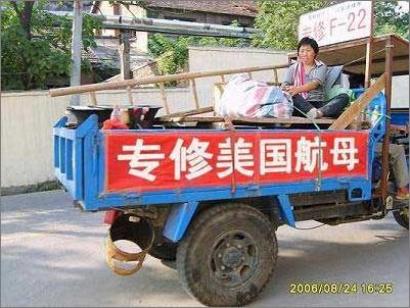 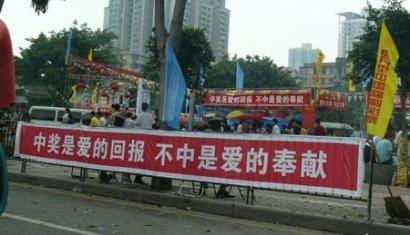 An ad of a closing shop says “Osama bin Laden was arrested; Saddam Hussein went crazy; our shop goes bankcrupt; clearance for end of the business.” 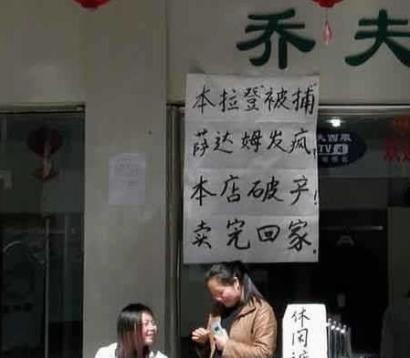 A girl student got her Nokia mobile phone stolen and wrote a satire “reward offer” to ask the thief to return her phone:
“April 12 noon, when I was eating in the dining hall while thinking of how to devote myself to the peace of the world, a “warmhearted” person kindly took over my cell phone under his guardian. It shows people’s class friendship in the socialistic country. In order to thank the person, I’d like to offer the Nokia mobile as a gift to you. But I need your help of returning the phone SIM card inside the phone that contains all the contracts of my friends….” 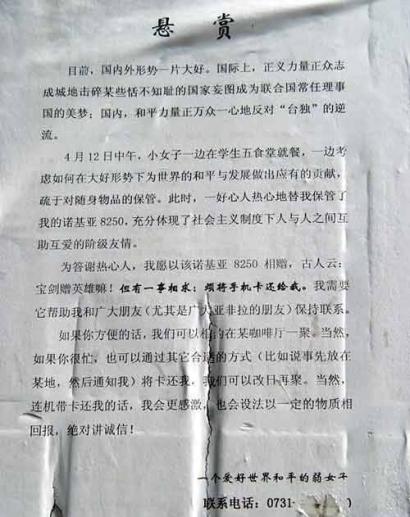 An ad reads “You can make do without much cash, but cannot go around without an underwear. We sell all-cotton underwear, and three for ten yuan, fit for 1- to 100-year-olds. 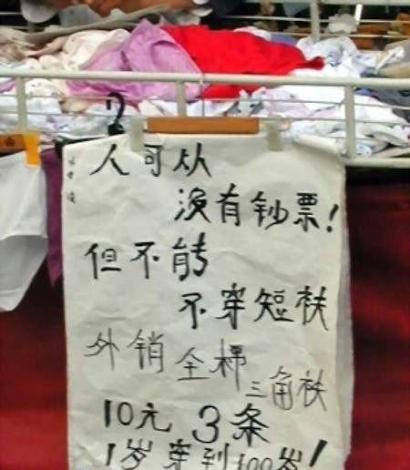 Slogan saying “According to scientific research, flower thieves are prone to cerebral apoplexy and paralysis. But they regain good luck upon returning the flowers stolen. 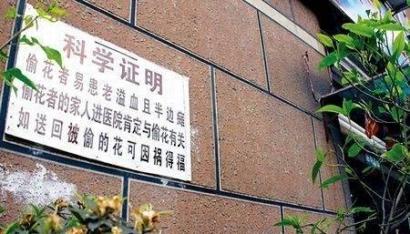 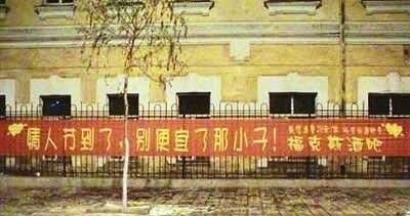 A man selling cockroach poison and the ad says “If the cockroaches don’t die, I will.” 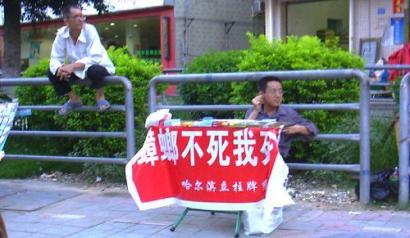 The New Face of Chinese Propaganda

Photo Essay: An Entire Day on the Beijing Subway

Photos: The Smog that Ate Beijing