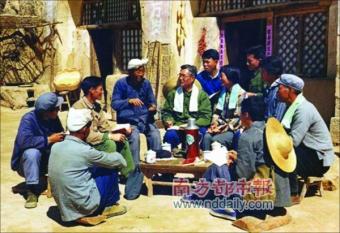 Guangzhou based Southern Metropolis Daily published an article on March 19, 2008, about veteran Chinese photojournalists who confessed to setting up photos for state-run press.

The article is translated and published on the EastSouthWestNorth blog:

Li Zhengcheng’s “Red Color News Solider,” an exhibition of his Cultural Revolution-era photos (also published as a book by Phaidon), made waves in China photographic and historical circles when it came out in 2003.