Chinese Proofreader Fined After ‘Such a**e-kissing!’ Ends Up In Print 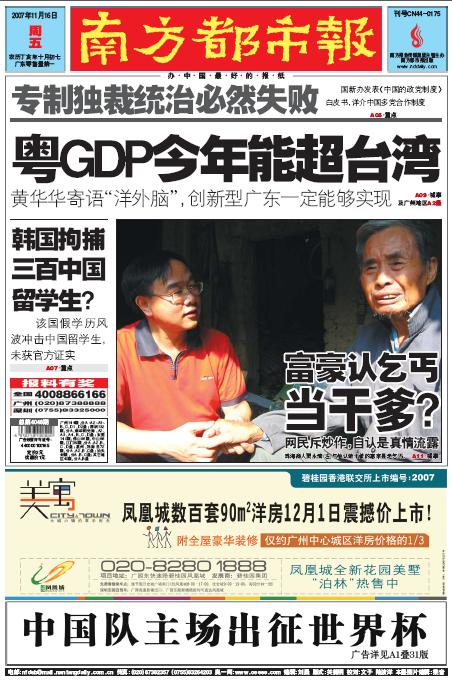 From The Times, Jane Macartney reports in Beijing:

A show of lèse-majesté and a lapse of concentration have resulted in an editing error in a Chinese newspaper that highlights the frustrations felt by many local journalists at the strict propaganda rules they face.

The proofreader and typesetter at the outspoken Southern Metropolis Daily have been fined for an article that went a step too far – even for one of the few newspapers in China willing on occasion to challenge the censors.

The proofreader was outraged when he was presented with a story from a junior reporter that fell into line with the mainstream newspapers that lavish praise on the activities of Communist Party officials.

He described in flattering terms how a local party leader in southern Shenzhen had celebrated the Chinese New Year making dumplings with a group of migrant labourers. In his final paragraph, he wrote: “Since they have never dined with such a senior-level leader before, all the migrant workers were all very excited to see such a great leader.”

But this was not the line that ended up in print the next day. Once typeset, the proofreader was so disgusted by the phrase that he circled it and made the annotation: “Such arse-kissing!” He felt that the traditional propaganda tone was not in keeping with the policy of one of China’s most hard-hitting newspapers.