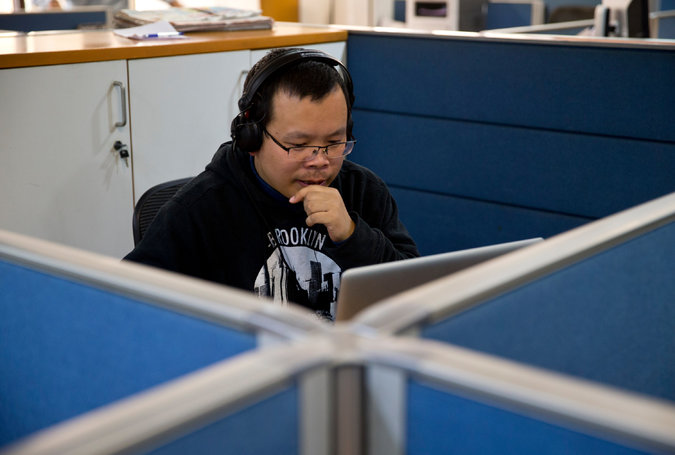 Last month, former Southern Metropolis Daily columnist Li Xin went missing after traveling to Thailand, from where he planned to seek asylum in the U.S. Li had left China after revealing that he had been coerced into become a police informant to report on fellow journalists. Li’s wife, He Fangmei, says she received a phone call from Li, who said he is in China under police detention. AP reports:

Li fled China in October and told the AP in an interview from India that he left because he had been forced to spy on fellow journalists, and that he wanted to stop. He later sought shelter in Thailand before disappearing on Jan 11.

“He won’t tell me where he is in China, but asks me to stay rested and live my life. He asks me not to contact any outsider for it does no good to him or me,” the wife said in voice and text messages exchanged with AP from the Henan province town of Xinxiang. “But I know that’s the pattern, and Li completely spoke contrary to his own will.”

Local police reached by phone said they had no knowledge of the case. [Source]

Li is the latest in a string of cases involving individuals who disappear in foreign countries, some of whom have reappeared in China under police detention. Hong Kong publisher Gui Minhai, a Swedish citizen, also disappeared while on vacation in Thailand and then was shown making a public confession on CCTV after returning to China. Gui’s family believes Gui’s return to China and confession were coerced. Gui is one of five employees of a publishing house known for its politically salacious titles who have disappeared; one, Lee Bo, disappeared in Hong Kong and then met with his wife in a secret location on mainland China. Bao Zhuoxuan, the teenage son of rights lawyers Wang Yu and Bao Longjun, was taken from a guest house in Myanmar while attempting to travel to the U.S. He is now reportedly under house arrest at his grandparents’ house outside Beijing. Chris Buckley reports for The New York Times:

Ms. He maintained that the phone call from her husband indicated that he had become the latest in a series of Chinese citizens or foreigners with Chinese ancestry who have been impelled while abroad to go to China to cooperate with secretive inquiries.

Critics have said that these people are victims of illicit renditions by increasingly bold Chinese security forces, and Ms. He said she believed that Mr. Li would have returned to China only under force or threats, despite his assertion that he came back freely.

“His tone was like they’d given him guidance,” Ms. He said. She said that her husband sounded calm, but that he had told her not to interrupt him with questions.

“I said to him, ‘Where are you? Just where are you? Tell me. At the very least, I have to find a lawyer for you,’ ” Ms. He said. “But the line was silent for a long time, and I knew someone at his side was telling him what to say, and he said, ‘Don’t get involved. Don’t ask so much. I’m doing fine.’ ” [Source]