On the Diane Rehm show, the host interviews John and Doris Naisbitt about their book, “China’s Megatrends: The 8 Pillars of a New Society

” According to the book’s promotional materials:

The Emanicipation of the Mind
Planning by Trial and Error
The Limits of Freedom and Fairness
Framing the Forest, Letting the Trees Grow
Balancing Top-down with Bottom-up
Artistic and Intellectual Ferment
Joining the World Stage
The Mighty River of Innovation

When asked by Rehm why the Chinese government bans websites such as YouTube, Twitter, and Facebook, John Naisbitt replies, “Because there are things on those websites that do not contribute to the stability of the country.” He later replied to a caller by misinforming him that Liu Xiaobo was arrested “not for speaking his mind,” but for “organizing an alternative government.” Listen to the interview here. Learn more about the Naisbitts and their work in China at their China Institute’s website.

Updated: How are the Naisbitts and their new book viewed in China? Here are some illustrative examples:

(1) From the official website of China’s State Council Information Office (SCIO is the Chinese government’s main propaganda organ, which is in charge of “explaining China to the world 向世界说明中国” as well as controlling the content of the domestic Internet.): 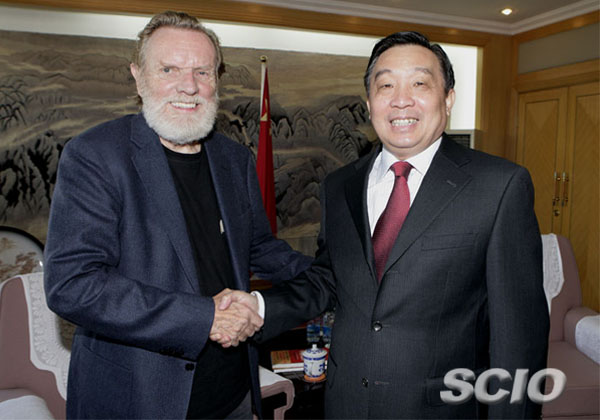 On September 12, 2009, the Director of the State Council Information Office Wang Chen (王晨) met authors of “China’s Megatrends” John and Doris Naisbitt in the offices of SCIO.

(2) The following text, “《中国大趋势》作者：江主席鼓励我“讲故事”, (“China’s Megatrends” Author: President Jiang Encouraged Me to “Tell the Story”) was published on over 220 Chinese websites including Xinhua, People’s Net, and China Net, under the byline Mr. and Mrs. John Naisbitt (约翰·奈斯比特夫妇) in October 2009. Excerpts translated by CDT:

President Jiang had a private meeting with me in Zhongnanhai, Beijing. The specific location was the meeting room Mao Zedong once used. The reason President Jiang invited me was because I wrote a book “Megatrends” in 1982. It analyzed the changes in economics, politics, society and culture in the United States. The book proudly sat on the New York Times bestseller list for two years, and for most of that time was number one on the list. It also sold very well globally. “Megatrends” also entered China, and what surprised me was that the book probably sold 20 million copies in China, but all pirated copies. This was a common phenomenon then. Those who grew up during the Cultural Revolution had just graduated from college, and they eagerly wanted to understand the west. “You don’t even know how big your name is in China.” This is the opening line President Jiang said to me.

Right before I visited Beijing I stayed a few days in Taipei. This was just a crucial time in the China-US relationship. After China launched missiles at Taiwan’s water, President Clinton sent Aircraft-carriers to the region. War between the US and China at the Taiwan Straits could break out at any moment; therefore we could not avoid Taiwan during our two hour conversation. I have visited China and Taiwan many times since 1967, and witnessed the huge changes on both sides. Therefore I have some credentials to speak on this issue. I felt that I have to say something about Taiwan’s excellent propaganda and China’s low-key approach. So I said: “President Jiang, Taiwan is a small story. But it tells it very well. China has a big story; it’s a pity it’s being told poorly.”

President Jiang thought for a moment and said: Why don’t you tell this story?

(3) The following excerpts are from “It’s Time To Stop the Absurd Promotion of ‘China’s Megatrends’,” by Guangzhou-based writer and book critic Zhang Yuchuan 郑渝川, translated by CDT:

If this can be counted as a task assigned by China’s (former) leader, I don’t think John Naisbitt accomplished it with the book “China’s Megatrends”

“China’s Megatrends” quotes original speeches of Chinese leaders in different positions and at different times, reports from the National People’s Congress and Party Congress meetings, at length from beginning to end, purposely avoiding discussing key concepts in a logical way which would be familiar to western readers, and jumping around to list the achievements of China’s developments. The way it describes China’s reality will only turn foreign readers off, and the so-called megatrends predictions have no valid ground.

From the point of view of an ordinary Chinese reader, I also do not think “China’s Megatrend” is a serious book. … The fatal failure of the book is that the author’s information and sources are very narrow. Other than official reports, and Party newspaper articles, there were only a few interviewees. The author has no first-hand observations or analysis from China’s different regions or different fields, nor did he quote reports and views from more commercialized Chinese media which are more reflective and critical.

“China’s Megatrends”: A Book of Cheating by John Naisbitt!
《中国大趋势》：约翰•奈斯比特的骗人之作！

The author takes propaganda in the official media and some speeches of high-level leaders as reality to describe and affirm; in this sense, this book is just a pile of propaganda published in the name of John Naisbitt. If one says this book is a review of the last thirty years of China’s development and speculation of the future, it is far less rich and in-depth than other books already published inside China. It’s depth is even less than an educated staff at the lowest level of the propaganda department.

Facing such a shallow and mediocre book, there is no need to discuss it.

The Misleading of John Naisbitt, the author of “China’s Megatrends”
《中国大趋势》作者约翰·奈斯比特的误导

Under the invitation of the Chinese government, John Naisbitt, author of “Megatrends,” wrote a book called “China’s Megatrends.” It scratched together so-called “eight pillars” of new society, especially raising the concept of “Vertical Democracy” which differs from “Horizontal Democracy,” to apologize for the current political system. To put it plainly, it is propaganda. There is no intellectual value in it. As a foreigner, standing at the side of China’s ruling cliques, speaking plausibly on behalf of their interests, John Naisbitt is not the first one in last sixty years, nor the last.

If John Naisbitt had no contact with the Chinese government before, and self-initiated and completed this “China’s Megatrend” independently, then it is no big deal that he thinks the Chinese system is more advanced then the American system. In a plural, open society like America’s, everyone is entitled to their own opinion. He has freedom of speech, and we can just laugh about his book, that’s all. Unfortunately, as early as 1996, Jiang Zemin asked him to his face to tell the China story. Eleven years later, “an official of the Chinese government” again came to see him, and asked him to write a book about China’s megatrends. Therefore, it is very hard for this so-called “Vertical democracy” vs “Horizontal democracy” to escape the skepticism of propaganda and appeasement.

Robert Lawrence Kuhn and John Naisbitt and other similar Americans came on the stage one after another, to defend China’s true condition of freedom and democracy. Not as China really has freedom and democracy; on the contrary, this is exactly what we do not have. Therefore they need to re-explain everything to persuade Chinese people to accept the reality. This is a tactical change of propaganda methodology of the Chinese government, using foreigner’s names to deceive Chinese people. This also shows us the bankruptcy of the official propaganda; it has lost confidence in everything it’s saying, and needs to borrow external forces. These years, we have to admit that the government is also changing in its ruling techniques, to adapt to the changing society. Change is the trend, the unstoppable megatrend. The megatrend of China boils down to one word: change! Is it peacefully evolving in the direction of democracy and freedom? Or continuing to change in the direction of authoritarian dictatorship then collapse? Maybe John Naisbitt could not see this trend, or maybe he could see it but did not tell the truth. 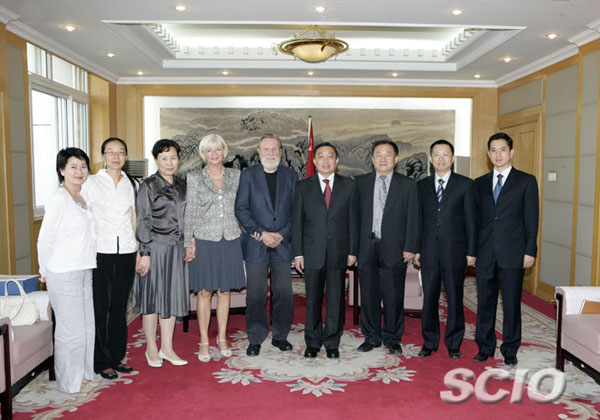 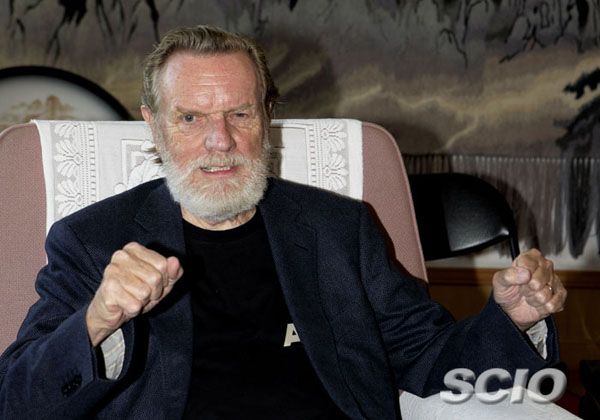 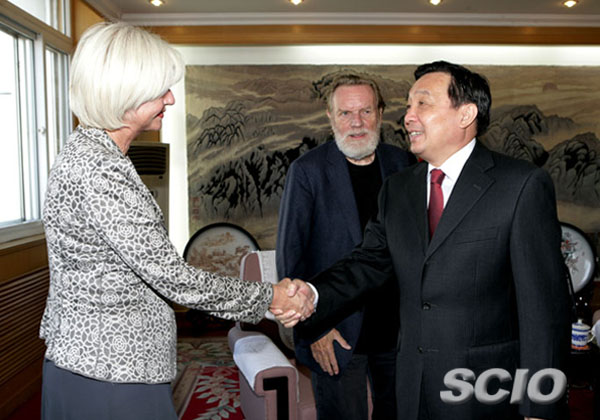 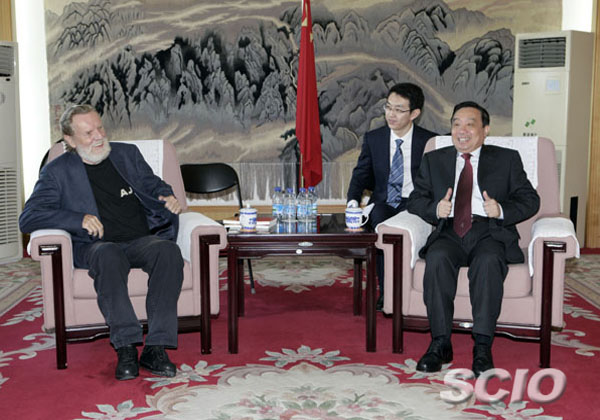