[From the introduction to Part 1: This year, we announce the top ten neologisms in cooperation with “Baidu Encylopedia,” using this model to examine public life in 2009. The chosen neologisms were all trendy this year. Some come from flashpoint news incidents and some come from serious social phenomena; but all the phrases were widely used in online media. Our criteria included search statistics, media attention, web users participation, etc.]

Definition: A prefix added to other phrases, such as “impromptu rape,” “impromptu building,” “impromptu love,” etc. The originating phrase was “impromptu rape.” The story goes that two police officers in Nanxun, Zhejiang raped a woman who was unconscious due to alcohol. Reviewing the evidence, the Nanxun court ruled that the two had committed an “impromptu and impulsive crime,” that the rape was not premeditated. Considering that they turned themselves in, and obtained the victim’s forgiveness, they were given a light sentence. Hence netizens turned the phrase “impromptu and impulsive crime” into “impromptu rape” and spread its use everywhere. Afterward, phrases using the prefix “impromptu” proliferated. Some even say that the times have moved from the “passive tense era” to the “impromptu quality era.” Here, the phrase “impromptu” has come to indicate excusing oneself from responsibility on a pretense.

Background: In recent years, people’s distrust of the justice system has been growing by the day. This is particularly true for suits involving defendants with a background in government work. The above case, for example, involved police officers.

Commentary: Bastards. Excuse me, that was just an impromptu commentary. It has no deep hatred or stable meaning.

Definition: Originally, it meant to traverse a wall, a kind of physical action. Now it indicates using all kinds of proxy servers to get past Internet censors and reach banned websites, or to complete banned web searches. Ever since the control of the Internet began last year, discussions of “scaling the wall” have begun popping up everywhere. Posts asking for clues about software to “scale the wall” are everywhere. People who use the wall scaling software try to access the censored websites that they seek by masking their IP addresses. These websites might be vulgar; or perhaps they have bad content? Whatever the case, censorship cannot stop a number of persistent netizens. The use of limitations only encourages them to use a thief-like methodology to achieve their goals. More broadly speaking, any actions that seek to transgress official limitations can be called “scaling the wall.” 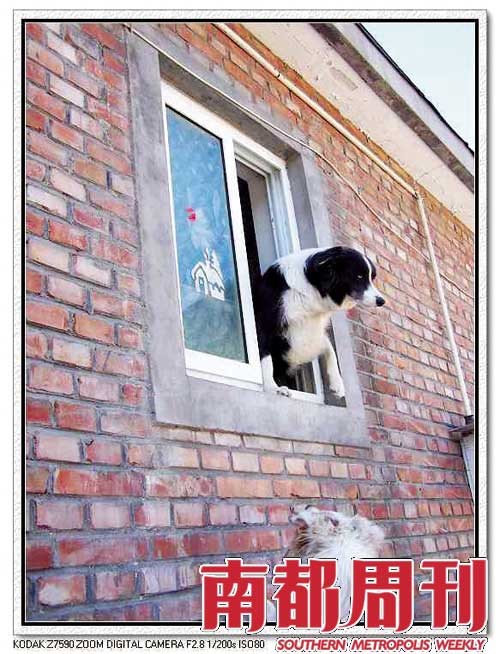 Background: The control of the internet.

Commentary: The function of many walls is to be scaled. The more limitations there are, the stronger the people’s desire to transgress those limits. It’s only when you get to the other side that you realize that the outside is not actually so different.

Example of usage: Last night I scaled the wall to go to the Internet café. When I got to the café, I scaled another wall to look at websites. But there wasn’t much to see, so I huffed and puffed my way back over the wall. 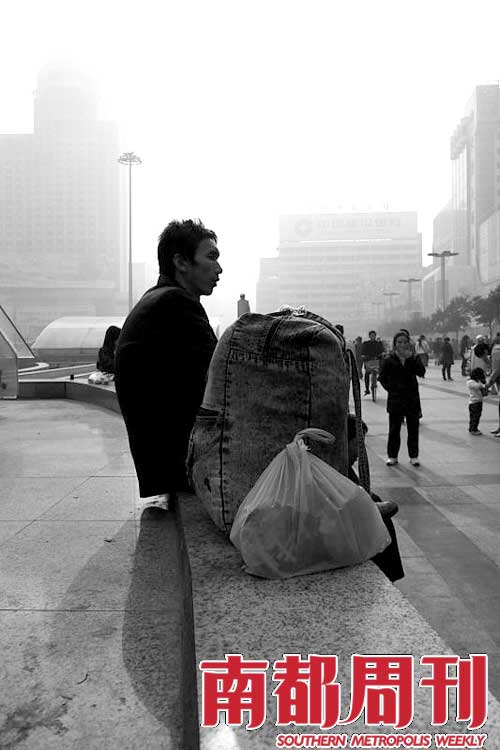 Background: In several incidents this year, the masses denounced “second generation poor.” At the same time, the unevenness of all sorts of social opportunities are becoming clearer. Take education: from olden times, education has been an opportunity for social mobility for the poor. But in reality, at the starting line of early education, children from wealthy families are able to receive better education and are able to have more opportunities to go to college—and to go to better colleges.

Commentary: Whether or not these labels are appropriate, and whether or not the criteria are ridiculous, the endless cycle of the impoverished population is an objective truth. Not only must government policies take care of them, but society must also care for their welfare. Otherwise, society itself will suffer.

Example of usage: Lin is “second generation poor.” To him, city management is the most prestigious industry.

Definition: Also called the “horse of deception.” (Qishi is a homophonic pun for “70” and “deceive,” while ma can sound like both “length measurement” and “horse.”) According to netizen editors on Baidu encyclopedia, this term originates in a hit-and-run traffic incident in Hangzhou on May 7, 2009. In the police report, officers wrote that the car at fault was moving at “about 70 yards per hour.” This ignited controversy, and became mixed in with the complicated emotions of contemporary neologisms such as “buying soy sauce,” “push-ups” and “eluding the cat,” that continued to be popular during this time. “70 yards” rapidly became a top hot phrase, used to express the dissatisfaction of civilians with regards to the government’s explanation and handling of public incidents in a satirical voice. 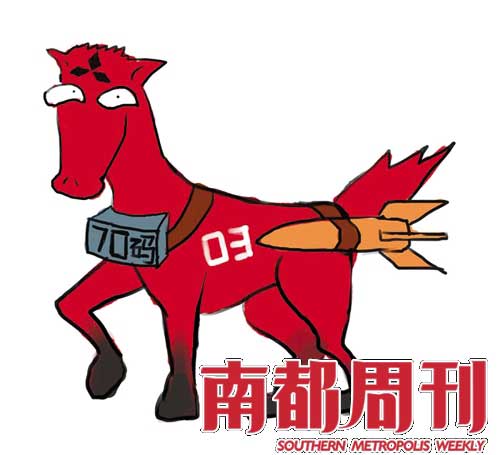 Background: Because the driver at fault was the so-called “second generation wealthy,” and the victim who was killed was a college graduate trying to make it in the city, the incident ignited a strong reaction against the “second generation wealthy.” At the same time, the supposition that “officials and the wealthy are natural allies” makes civilians distrust the government in such situations.

Commentary: This is a classic case of the government’s failure at crisis management. Actually, they did everything they ought to have done after the fact, but they began by denying everything, and that benefited no one. It hurt the civilians as well as the government.

Example of usage: The distance from Hangzhou to Heaven is only 70 yards.

Definition: Regarding the collapsed building in Shanghai, the government’s report shows that the reason was that there was too large a pressure differential between a high dirt pile on the north face of the building and the underground garage on the south face. The dirt needed to level, and this caused the building to fall over. Civilians who like to think, upon hearing this explanation, used all sorts of theories to discuss whether this result made sense. Of course, some people felt instinctively that this explanation was a cover-up. One netizen, using imagination, wrote: “If we follow the theory that the 10 meters of dirt caused 3000 tons of sideways pressure on the Ocean Lotus building in Shanghai, then the 8848 meter high Mount Everest would be exerting 3 x 10 to the 16th power tons of sideways pressure. Under that pressure, the Indian plate would move outwards into the Indian Ocean, making India an island.”

Background: The belief that hens can lay eggs is based on generations of experience. The belief that planes can safely fly is based on trust in a system of professionals. The latter is one of the basic foundations of modern society. But after so many years of experts lying and ruining their own reputation, it’s no wonder that some citizens have become cynical.

Commentary: Is the rift of trust between civilians and government offices caused by a pressure differential?

Example of usage: The theory of pressure differential has been widely used in massive construction projects, and received the 2012 Nobel Prize in Physics.