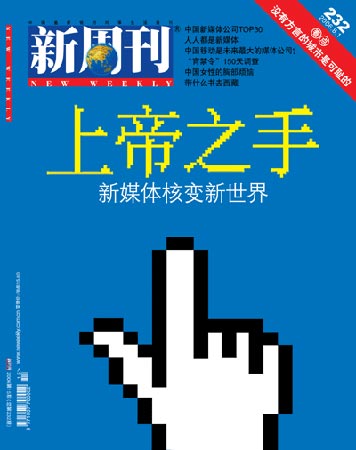 In the Guangzhou-based New Weekly, which follows social trends, executive deputy editor He Shuqing asks what miseries and quandaries afflict China, and what hope casts a light of positivity on the new year. [Translated by Don Weinland]

Do we have reason to be proud?
China’s GDP has risen to second in the world, and there are hopes of becoming the world’s second largest financial-income economy. China has entered the era of high-speed rail, our operating mileage and rail speed the first in the world. “The World Expo in Shanghai was an enormous success. What we saw surpassed what we had imagined,” International Exhibition Chairman Lan Feng said in praise. “The Guangzhou Asian Games was one of the best sports competitions I’ve ever seen. Guangzhou has what it takes to bid for the Olympics,” Olympics Council of Asia Chairman Ahmad Fahad Al-Sabah said. Western experts predict time and again that China and New Asia will return to “the No. 1 status it always held, but lost in the 19th Century.”

Do we have reason to worry?
Per capita income is declining worldwide. Buying increasingly expensive eggs can crush monthly income into next to nothing. Great numbers swell toward the narrow bridge that is civil service, a fraction of these people making it across. The tax threshold unshakably holds its ground while real estate tax is restless to increase. There’s poison in the milk power. There’s fake rice. There are chemicals in our food products and duck sold as lamb. Pearl powder is made from shells and people are more difficult to predict. Taking care of business always requires connections. There is always talking behind the curtain when getting hired. Work units are always working overtime. The airline is always delayed. The capitol has become the “capitol of traffic jams.” Limits on vehicle travel have become commonplace. Traffic congestion has spread like a virus to second-and third-tier cities.

Do we have reason to be angry?
Forced demolition continues and is even taken as government achievement. Engineered undertakings are huge but appraised as low quality after an accident. After petitioning, petitioners are put in unsanctioned jails. After a disaster, the incident becomes negligible with an apology from the responsible party. Vicious competition between corporations means “tough decisions“* are being made for us. Concerned departments vigorously alter policy and we are caught off-guard. Students who receive scholarships will not be granted the award unless they donate blood without compensation. Migrant birds from Siberia are poached. A swan sells for $300, a wild goose for $120.

Do we have reason to be disheartened?
An industrious young man lacks the same chance for success as the child of the wealthy. A well-behaved young woman will make far less than someone who sleeps with power and wealth. The yearly per capita income of $181, China’s standard poverty line, is less than a meal, a pack of cigarettes and a bottle of wine for those with vested interests. After saying thank you, the old man on the corner who is helped up after falling says “Relax, this isn’t a scam.” The angry youth have smashed their compatriots’ wealth in protesting Japanese goods. City management has smashed the livelihood of street vendors through city beautification. Moral law resides in books. Role models are on TV. National dust is in the lungs. Love is in the housing deed. Beautiful animals are in the skillet. A sense of well-being is only in our dreams.

Do we have reason for despair?
The mentally ill and those with a grudge against society have stormed our elementary schools and kindergartens, killing our children. Earthquakes, plane crashes, floods and droughts are continuous. Mining disasters are so widespread we haven’t time to mourn or remember the names of the dead. Greedy officials are purged continuously as if flowing from an endless source. Erotic diaries expose why they are so busy and where the national treasury goes. Connections have become the go-ahead for profit. Profit has become the motto for connections. You want a new environment but discover each have their ailments. You want to change society. But who is society?

Do we have reason to be moved?
A myriad of micro-bloggers re-post missing persons notices. Millions upon millions spring into action and assist in disaster areas with no relation to themselves. A million volunteers at the World Expo and the Asian Games willingly took on work behind the scenes for the honor of their city. White chrysanthemums turned Shanghai’s Jiaozhou Road into a sea of flowers, 100,000 urban dwellers affirming new life for the deceased. Teachers in the countryside stand beside their students like sentries. The common people spontaneously stand up for what is right and rescue those in need. There is also an inexhaustible love in personal communication: a faint smile, a hug, kindly words, good morning and good night.

Do we have reason for hope?
None of us wants to be the last blade of grass beneath the crusher of the weak. We can be a brick of support for civil society. We have seen with our own eyes the collective power of society that rapidly stood an impoverished and weak country on its feet. We vaguely remember our ideals, not only to survive, but to realize ourselves, our radiant light, within society. By no means are the only emoticons we’ve clicked been anger and remorse. There are joy, praise and support. We may not have a resolute faith, but we have a fundamental belief: the vast majority of the people in this world are deserving of our kindness.