For his latest contribution to his CDT series, cartoonist Crazy Crab of Hexie Farm depicts two recent news events: a forced abortion in Shaanxi Province, and the launch of a manned space mission including the first Chinese woman to go into space. As protests against Feng Jianmei’s forced abortion at seven months, via lethal injection, went viral, Chinese state media broadcast images of the launch of Shenzhou 9 spacecraft. According to Crazy Crab: “The syringe is not only a symbol of the regime sucking blood and fortune from the people, but also a symbol of the drug of the censorship and propaganda system showing a fake image to the public.” 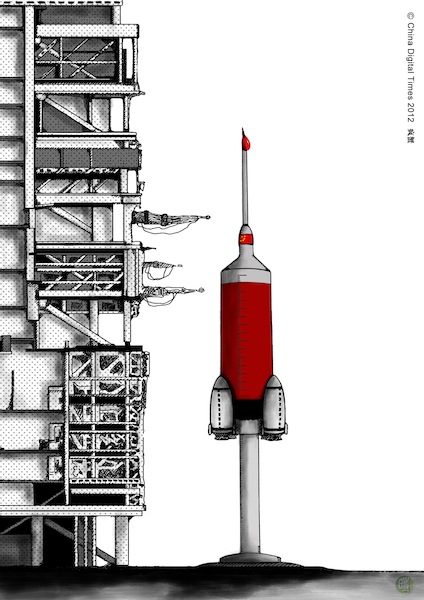