Directives from the Ministry of Truth: Liu Xiang 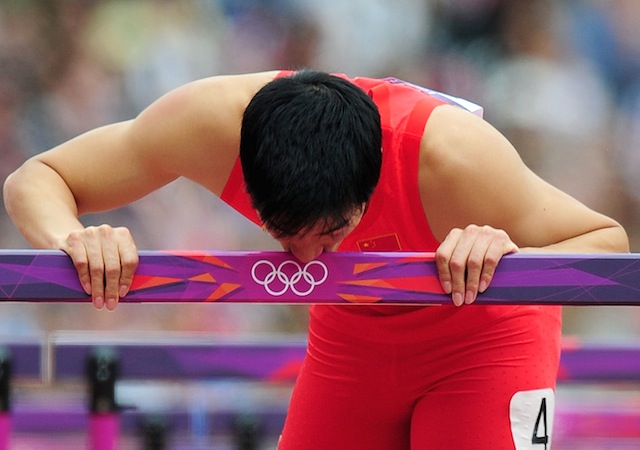 Gold medalist Liu Xiang is out of the Games.

The Propaganda Department of the Communist Party of China issued two successive directives concerning Liu Xiang, the hurdler who earned China’s first gold in men’s track and field in 2004. Liu bowed out of the 2008 Games with an inflamed Achilles tendon. That same tendon tore yesterday, ending his race before it really began. Liu kissed the last hurdle as he hobbled out of the stadium.

Propaganda Department of the Communist Party of China: The media must not make predictions on Liu Xiang’s performance in the preliminary heat. Do not report negative news about him. The media must strongly affirm Liu’s indomitable fighting spirit against all odds.

Propaganda Department of the Communist Party of China:  In reporting on Liu Xiang failing to complete the race at the London Olympics, strictly adhere to the essence of the Department’s previous notice. Focus on Liu’s indomitable fighting spirit. Do not issue negative reporting or commentary.