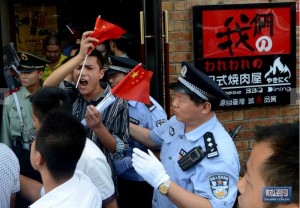 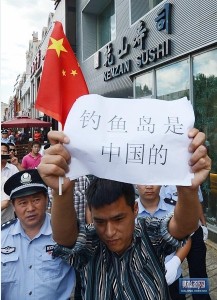 “The Diaoyu Islands are China’s.” 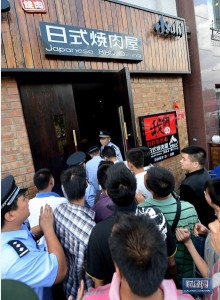 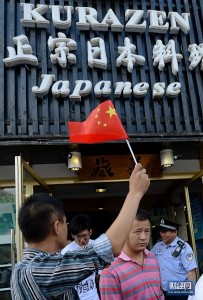 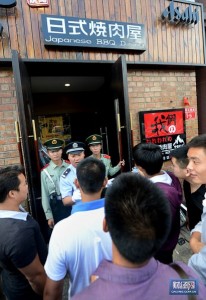 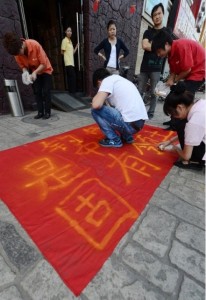 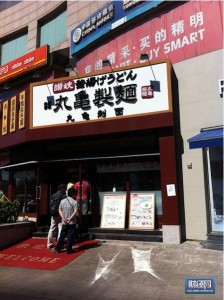 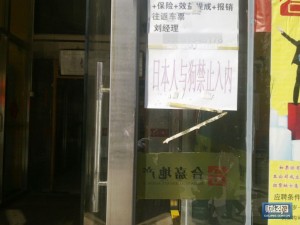 “No Japanese or dogs allowed.” 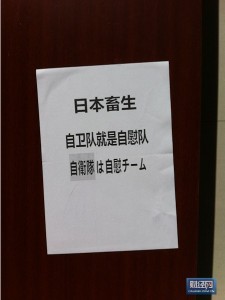 Photos by Caijing. Via AmazeNews.