Word of the Week: Ulterior Motives

Editor’s Note: The CDT Grass-Mud Horse Lexicon is a glossary of terms created by Chinese netizens and frequently encountered in online political discussions. These are the words of China’s online “resistance discourse,” used to mock and subvert the official language around censorship and political correctness. The Word of the Week features Lexicon entries old, new and timely. 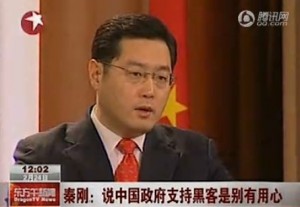 Netizens complain this implies those who are critical of the government have no legitimate grievances and are only lashing out against the government as the pawns of nefarious instigators.