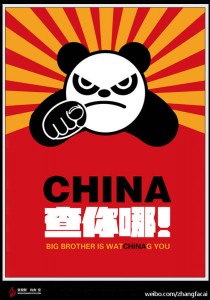 Guangdong Propaganda Department: No media are to sensationalize the topic of government officials making public their personal assets or related issues. Do not place reports on the front page, and do not lure readers to coverage. (January 24, 2013)

Guangdong Propaganda Department: Regarding the secretary of the provincial People’s Congress and the governor’s statements during discussions among leaders, all media are to cover this strictly according to news wire copy. Do not independently produce any other type of report. (January 24, 2013)

Guangdong Propaganda Department: When covering the income allocation of provincial officials, use the authoritative notices issued by the Department of Human Resources and Social Security as the standard. Do not independently produce reports or commentary. (January 24, 2013)

Guangdong Propaganda Department: During the group discussion of the Zhongshan district delegation at the provincial People’s Congress, Li Yumei mentioned a case under investigation in which a main level cadre embezzled public funds for a family grave. Without exception, no media will report this. (January 25, 2013)

Guangdong Propaganda Department: During the provincial People’s Congress and People’s Consultative Conference meetings, all media must earnestly deploy the requests set forth at the previous propaganda meeting. Strictly control negative coverage (in principle, such reports should not be featured prominently). Except for wire copy, content which touches upon provincial and municipal leaders’ statements must be submitted for approval according to regulation. Be sure to make final checks on reports about statements made at the People’s Political Consultative Conference. Do not make obvious revisions to content that touches on sensitive issues. (January 26, 2013)