The following deleted Weibo posts were selected by CDT from FreeWeibo.

@大鹏看天下: Tibet, China’s last Pure Land, is perhaps no longer worthy of the name. Before dawn on March 29, a landslide three kilometers long brought over two million cubic meters of debris on the Jiama mine, operated by China Gold Group’s Huatailong Co. on Mount Pulanggouzeri in Xigangsibu Village, Maizhokungar County. The first numbers out say 83 workers were buried. If this hadn’t happened, lots of people would have no idea Tibet is suffering this kind of destructive, unbridled development! 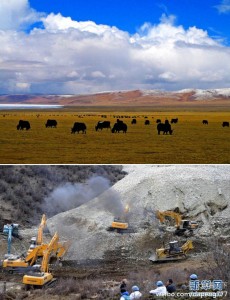 No survivors have been found yet at the site, 45 miles east of Lhasa. Channel NewsAsia reports that the search is ongoing. 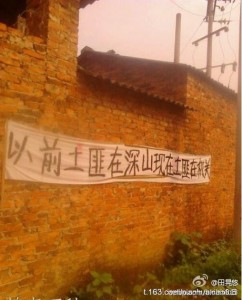 @基核肿部: Looking for Trouble: Why our Party wants to f**k Apple.

Among the theories about why the state media has gone after Apple recently, this Weibo user posits a secret code in the Beijing store’s phone number: it contains the date June 4, 1989.