As of April 19, the following search terms are blocked on Sina Weibo (not including the “search for user” function).

A screenshot from Weibo of the taxi story on the website of the official China Daily.

Hong Kong Paper Takes Readers for a Ride: Ta Kung Pao, a Hong Kong newspaper backed by the Chinese Communist Party, reported yesterday that an unsuspecting Beijing cabby picked up to-be premier Xi Jinping on March 1. The driver, Guo Lixin, apparently did not recognize Xi until the two began to chat about air pollution on the way to the Daioyutai State Guesthouse. “You are the first one to ever recognize me,” the paper quoted Xi.

The official Xinhua News Agency picked up the story, as did many overseas media and tens of thousands of Weibo users, before the story was revealed to be a hoax. Ta Kung Pao has issued an apology. 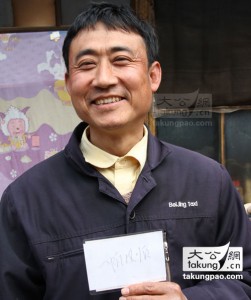