Hexie Farm (蟹农场): The Trial Beneath the Red Wall 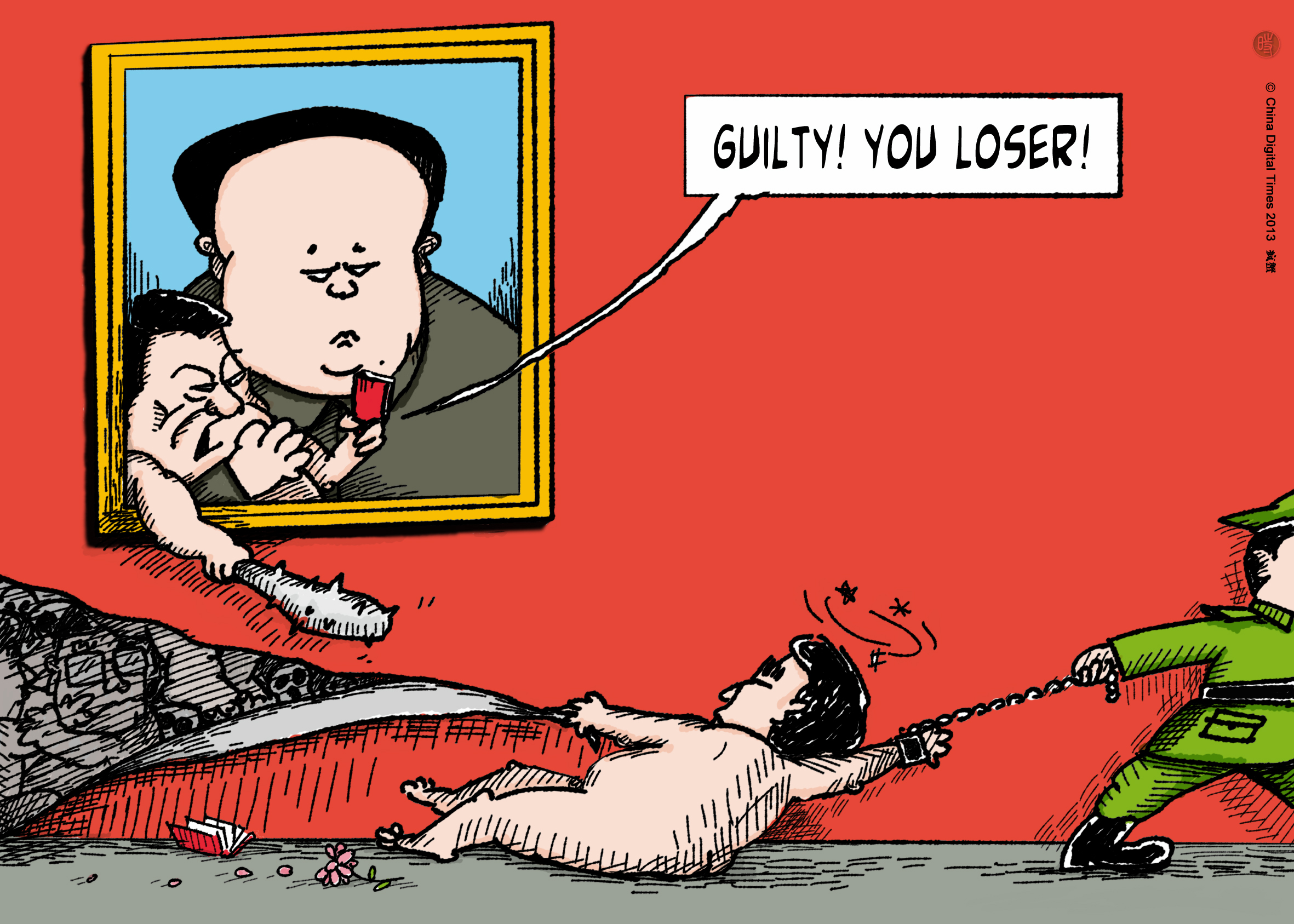 For his latest contribution to the Hexie Farm CDT series, cartoonist Crazy Crab responds to the trial of Bo Xilai, currently underway in Jinan, Shandong. In this cartoon, a naked Xi Jinping is protected by Mao’s arm. Holding a “little red book” in his left hand, Xi is waving a club and declaring Bo guilty and a loser. While the “naked official” Bo Xilai is dragged away by police, he tears a corner of the red wall, revealing the dark side of ongoing political infighting behind it.

The broken little red book and an oxeye flower beneath the wall depict the defeat of Bo Xilai’s “red songs campaign” and his fate. According to Crazy Crab, Bo Xilai’s downfall and trial are part of an ongoing political struggle between the red generations. The Party chooses who will win.

The Trial Beneath the Red Wall, by Crazy Crab of Hexie Farm for CDT: 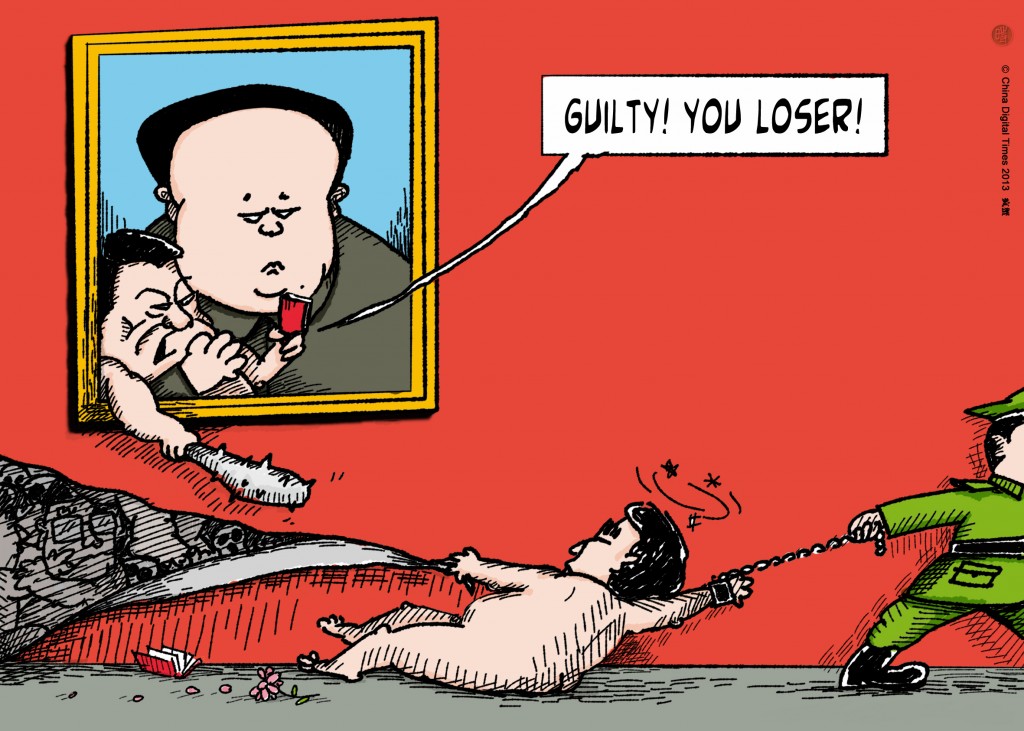