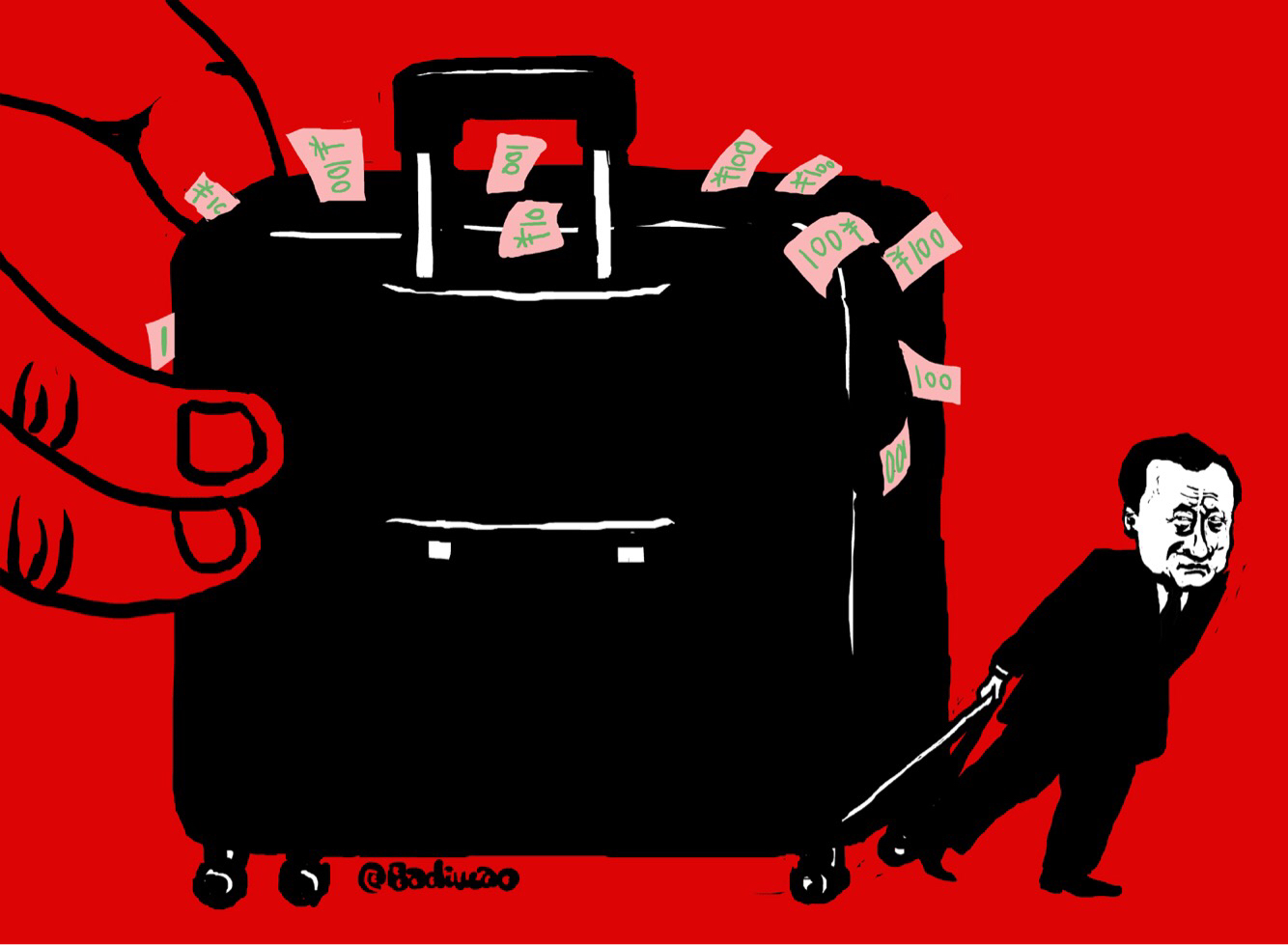 An August 27 report on overseas Chinese-language news website Bowen Press (博聞社) claimed that Wanda Group chairman Wang Jianlin and his family had been detained in Tianjin while attempting to board a private plane to England on Friday. According to the report, Wang and his family members were told they can’t leave China after they were detained for several hours. The news, though unconfirmed, was picked up by other overseas Chinese-language news sites, and sent Wanda shares and bonds plummeting, the second time assets held by the Chinese real estate and entertainment giant suffered a sharp decline this summer. Wanda Group has dismissed the report as “vicious rumors” created by “certain individuals with ulterior motives” in a statement.

Wang Jianlin was named the richest businessman in China by Forbes from 2015-2017. Wanda has in recent years been scooping up assets globally, including massive investment in major Hollywood film studios, the 2013 purchase of UK luxury yacht company Sunseeker International, and the 2015 acquisition of Australian cinema chain Hoyts.

At Bloomberg, Lianting Tu, Annie Lee, and Prudence Ho report on the fall that Dalian Wanda Group Co.-affiliated stocks and bonds took following Bowen’s report, along with context on a plunge that some Wanda bonds took earlier this summer:

The $600 million of 2024 notes sold by Wanda Properties International Co. dropped as much as 3 cents on the dollar to 98 cents, the lowest since July 19, before paring losses to 99.7 cents as of 5:45 p.m. in Hong Kong. Shares of Wanda Hotel Development Co., Wanda’s only traded unit in Asia, plunged as much as 11 percent and ended the day 8 percent lower.

[…] The 2024 bonds were down 1.4 cents today, extending their losses since the start of June to about 12 cents. Dalian Wanda Commercial Properties’ 2021 yuan-denominated notes dropped 1.5 yuan to 90 yuan on Monday, taking the total decline to 10 yuan since they were sold at par in 2016.

The dollar notes plunged in mid-June when China’s banking regulator asked some banks to provide information on overseas loans to Wanda Group, people familiar with the matter said at the time. They were hit again the following month on news that authorities planned to punish the conglomerate for breaching China’s restrictions on overseas investments by cutting off funding and denying it necessary regulatory approvals, according to people familiar with the matter. [Source]

At the South China Morning Post, Zheng Yangpeng reports on Wanda Group’s denial of the rumors:

“Some people with malicious motives have been spreading fake rumours about chairman Wang Jianlin,” his company Dalian Wanda Group said in a statement, dismissing as “groundless” the online claim that he had been detained by police at the Tianjin airport as he was about to leave China on a private jet.

Rumours “initially appeared in mid-August, but were proved wrong when Wang visited Lanzhou,” the statement said.

[…] Wanda said it’s already handed over the matter of the rumours of Wang’s whereabouts to Beijing’s police, and that the company will actively defend its reputation, as well as Wang’s reputation, through legal means if necessary. [Source]

Chinese regulators have been trying to reign in capital outflows in recent months, and earlier this month the State Council’s approval of new regulations indicated that this trend can be expected to continue. Of the four firms at the center of regulators’ focus—Wanda, Anbang Insurance Group, Fosun International, and HNA Group—three have now dealt with rumors about detained chairmen. The rumors about Wang come months after financial giant Anbang Insurance’s former chairman Wu Xiaohui stepped down from his position after being detained by authorities. A rumor last month that Fosun International chairman Guo Guangchang was missing led to a drop in related Hong Kong-listed shares, even after the company denied them and provided video evidence that Guo was in Shanghai. HNA has been the focus of considerable recent attention following unproven claims by rogue tycoon Guo Wengui and a series of articles from The New York Times.