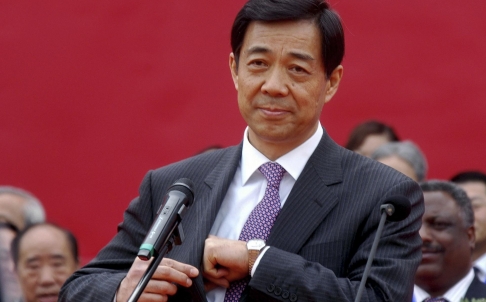 South China Morning Post reports that the five million yuan embezzlement charge against Bo Xilai, the purged Politburo member who was on trial last month for embezzlement, bribery, and abuse of power, is linked to plans to purchase a holiday villa for former president Jiang Zemin.

Publicly released court transcripts said only that the amount came from a higher authority to pay for a classified public project in Dalian , where Bo was previously mayor and party boss.

But two separate sources with close ties to elite Dalian politics told the South China Morning Post that the General Office of the party’s Central Committee sent the money to the seaport city upon its completion of a holiday home for Jiang, who was then nearing retirement as president and party chief.

The money was later allegedly funnelled to Bo’s wife, Gu Kailai , via a law firm with Bo’s approval, court papers said. Jiang visited Dalian in 1999 to mark the 100th anniversary of the modern commercial port. He stayed for about 10 days – an unusually long period for a presidential visit.

[…] The second source confirmed the story and said the money was allocated to Dalian with the consent of General You Xigui , Jiang’s chief bodyguard and the former director of the Central Security Bureau. [Source]

Read more about the Bo Xilai trial, and its aftermath, via CDT’s live blogs.