A Century of American Dreams and Nightmares of China 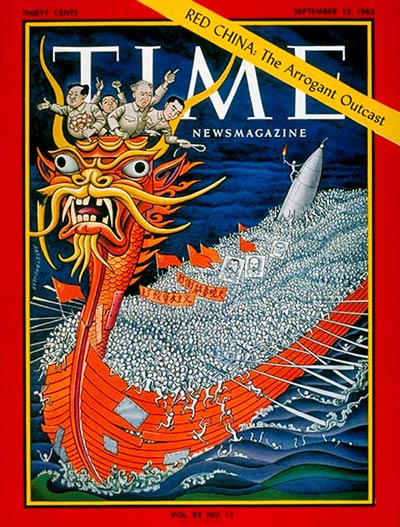 At The China Story, Jeffrey Wasserstrom tracks the distortion of Western views of China by hopes for its religious or political conversion and fears of its military, demographic or economic might.

Communist Party spokesmen in Beijing have been talking a lot lately about the ‘China Dream’, President Xi Jinping’s call for national goals befitting China’s era of economic prosperity. Yet dark events — from food and pollution scares early in 2013, to July’s beating to death of a watermelon peddler, to the start of yet another crackdown on activist lawyers and bloggers critical of the government — have led to cynical online chatter about the ‘China Nightmare’ as better capturing the experience of many citizens of the People’s Republic. The currency of this ‘dream’ and ‘nightmare’ rhetoric in China makes this a good time to reflect on a different set of fantasies originating outside China. I mean what might be called the ‘Western China Dream’ (they’re about to buy our goods and convert to our ways!) and the recurring ‘Western China Nightmare’ (they’re so different and there are so many of them!).

These spectral visions of hope and dismay have roots stretching far back into the past. They continue to hinder clear-eyed views of China today, albeit taking different forms in different parts of the West, depending on everything from specific economic relationships to proximity to or distance from Asia. They are also now gaining traction, again in distinctively localised forms, in places such as Africa, where China’s economic influence is surging and more Chinese have moved in recent decades than at any time in the past. [Source]