China’s ‘Ghost Cities’ May Not Be So Spooky 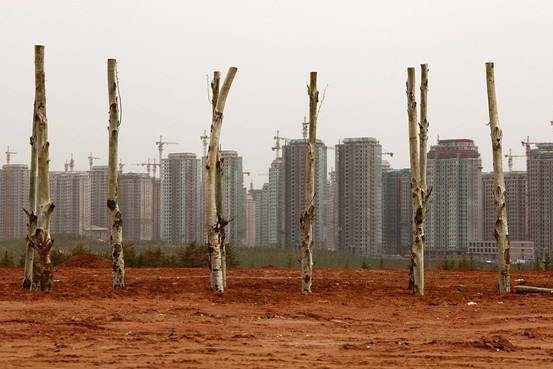 In a report on her findings, Ms. Wong notes that buildings completed between 2008-11 in Zhengzhou, Ordos and Wenzhou—often cited as instances of an overly frothy property market—have typically seen tenants move in over a three-year period. Among such buildings, Ms. Wong’s survey found an average of 48% take-up in the first 12-18 months, another 19% in the next year, and then yet another 15% in the year after that. Such a delay, she says, can be attributed to the fact that residents need time not only to fully outfit their units, but many also like to wait until their neighbors have done so as well to avoid moving in before the dust clouds and drilling sounds have subsided.

In the case of Henan’s Zhengzhou—frequently dubbed China’s “largest ghost city”—Ms. Wong notes that a number of media portrayals of the city’s newer areas have used photographs taken between 2010-12, before the metro system connecting the district to the city’s more established neighborhoods was completed. On her most recent visit there in August, Ms. Wong said she saw many cars, “hordes of pedestrians” and considerable ground activity in addition to curtains and air-conditioners installed in numerous residential buildings.

“I asked local people about what they think…about Zhengzhou being a ghost city and the answer is, ‘What?’ They don’t actually have any idea they’re being labeled a ghost city,” Ms. Wong said.

Also see “Ghost Towns: No Place to Live if There’s No Work,” “Ordos: A Ghost Town That Isn’t,” or all prior CDT coverage of China’s “ghost cities.”