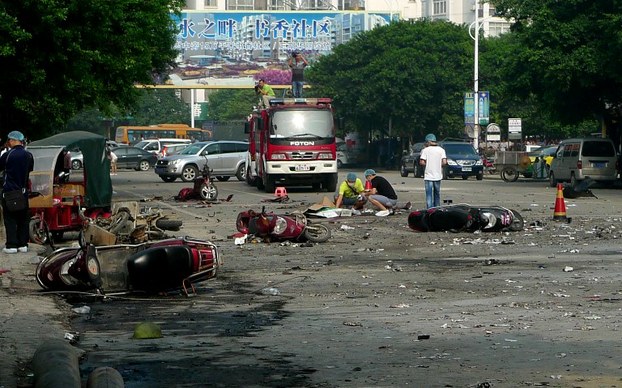 State Council Information Office: Regarding the explosion in Lingchuan County, Guilin, Guangxi: do not use non-standard news sources, do not link to reports about related violence, and do not use gory images of the incident. (September 10, 2013)

Yesterday’s explosion outside a school in Guilin killed at least two and injured dozens, many of them children.

Guangdong Party Committee Propaganda Department: In covering the storehouse explosion in Ezhangtan, Baiyun District, Guangzhou and its aftermath, please report according to the authoritative information issued by the government. Do not play up or exaggerate the incident. (September 10, 2013)

This morning’s explosion in Guangzhou, which appears to have been an accident, has so far claimed four lives. Beijing Cream summarizes reports from Xinhua, The Nanfang, and Weibo.