Filmmaker Gives Voice to Acts of Rage in Today’s China 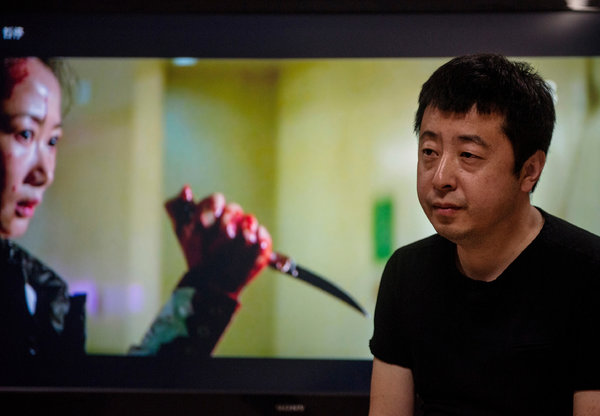 China has seen a series of bloody incidents in recent years, most recently including a string of bombings and several knife attacks. Some attackers have been driven by despair at land seizures, chengguan brutality, hukou restrictions and other such issues: in these cases, the public’s response has often been marked by a surprising degree of sympathy for the perpetrators, even those who have killed as many as dozens of innocent people. Such stories inspired Jia Zhangke’s forthcoming film A Touch of Sin, in which he grapples with violence in China and people’s attitudes towards it. From Edward Wong at The New York Times:

Jia Zhangke, China’s most prominent art house director, had been preparing to make his first big-budget martial arts film, set in dynastic China, when reality intruded in the form of the Internet.

Specifically, Mr. Jia discovered the world of Twitter-like microblogs, which many Chinese have been reading in recent years to get the unvarnished daily news and opinions that are all but absent from the state-run news media. He was bombarded with news from all corners of China, much of it tied to the crimes of corrupt officials or businesspeople: rape, land seizures, industrial pollution. In many of those cases, he said, frustrated ordinary Chinese had been provoked to commit acts of bloodshed.

“I slowly began to see the problem of individual violence in society,” the soft-spoken Mr. Jia, 43, said one recent afternoon in his office in northwest Beijing. “There are many tragedies or societal problems in which people in the end rebel, resulting in a very big tragedy. So I began to pay more and more attention to this problem, because, frankly speaking, I feel like Chinese people do not really understand the problem of violence because society has never had a widespread discussion of the problem.”

[…] “[A Touch of Sin] seems to me a response to an emergency,” comments Beijing-based film critic Shelly Kraicer. “Certain things need to be said, and need to be said directly, clearly, to as large, and as activated, a Chinese audience as possible.”

The film, which Jia says has been only lightly touched by the censors, is due for Chinese release in November.