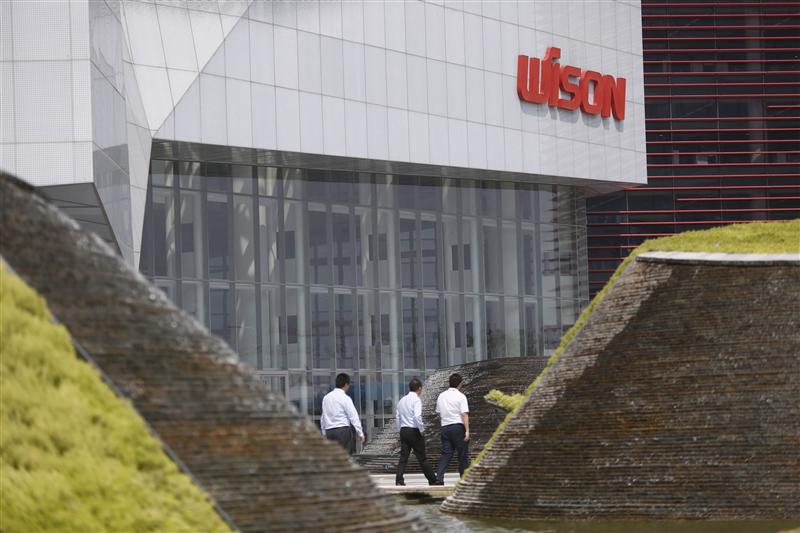 The entrepreneur, Hua Bangsong, 47, is “now assisting the relevant authorities in the P.R.C. in their investigations,” according to a filing made late Monday to the Hong Kong Stock Exchange by Mr. Hua’s company, Wison Engineering Services.

A crackdown on corruption in China has intensified in recent weeks, focusing on the oil industry. Mr. Hua’s company is one of the largest nonstate contractors to the oil and gas industry in China, and counts the China National Petroleum Corporation, or C.N.P.C., as one of its biggest customers.

[…] In announcing that Mr. Hua, the entrepreneur, was assisting the investigations in China, Wison sought on Monday to defend its business ties to PetroChina.

“The company operates legally,” Wison said, adding that prior to its December listing on the Hong Kong stock market, it “completed the necessary compliance check.” [Source]

At AP, Gillian Wong looks at the possible motives behind the series of corruption investigations that have come to involve some of China’s senior economic and political figures.

The leadership wants to show “that they’ve got a certain degree of consensus in the party’s highest levels. That’s not so easy to get, but they did,” Li said. “There’s also a clear message that Xi Jinping and Li Keqiang want to undermine these vested interest groups therefore to pave the way for more market-oriented reform.”

[…] “The leadership is acutely aware that they must reel in the opposition or disarm it. They have gone on a concerted anti-corruption quest, which appeals to the general public, but is also a way of eliminating the opposition,” Lombard Street Research said in a report. “A lot of the big state firms’ senior managers sit on the Central Committee and they will need to be brought into line or discredited.” [Source]

At Daily Beast, Wenguang Huang and Pin Ho look at the crackdown on associates of Zhou Yongkang and the political wrangling that may have made him a target:

China’s state monopoly of the oil industry, with an unlimited budget, is a breeding ground for corruption. A number of officials have been convicted of corruptions and embezzlement in recent years, including the chair of China National Petroleum Corp. According to overseas Chinese-language media, Zhou’s son used his father’s influence to pocket billions of dollars from investments in the oil businesses. His family currently holds real estate and investment assets in China, France, the United States, and Switzerland.

[…] Since Zhou’s retirement last November, his power base has diminished. In the new leadership makeup, the status of the Central Political and Legislative Commission was downgraded. His successor no longer holds a seat at the Politburo Standing Committee, thus restricting, to a certain extent, the unchecked power of this gigantic state machine. [Source]