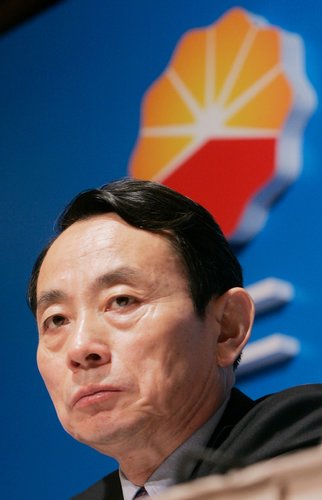 The reported investigations into former security chief Zhou Yongkang, his protégé Jiang Jiemin, and other associates of the two men have sparked discussion of the political motivations behind Xi Jinping’s crackdown on corruption. Reuters profiles Zhou, and reports on the contrasting reactions to his tenure from the Party elite and from dissidents who were targeted by his policies:

Chinese authorities are going after proteges of Zhou at energy giant China National Petroleum Corporation (CNPC). Zhou rose through the ranks of the oil sector to become general manager of CNPC in the mid-1990s.

[…] Any move against Zhou could be unprecedented since no sitting or retired Standing Committee member has been jailed for economic crimes since the Communists swept to power in 1949.

“Zhou Yongkang I think is clearly in trouble. Exactly what (for), I don’t know, but people have said to me that he’s finished,” said Tony Saich, a China expert at the Harvard Kennedy School of Government. [Source]

An article in the New York Times looks at how the targeting of Jiang Jiemin and other oil officials may in fact be directed at Zhou:

Mr. Jiang is the most senior central official and first full member of the elite Central Committee to be publicly singled out on such charges under President Xi, who came to power in November vowing to stamp out corruption and extravagance by Chinese officials. There has been no public announcement about any investigation of Mr. Zhou, who is a much more powerful figure, even in retirement.

[…] Mr. Jiang’s downfall appears to follow a pattern related to anticorruption inquiries against officials who rose in the footsteps of Mr. Zhou, 70, who worked at the China National Petroleum Corporation and in Sichuan, also the scene of an expanding corruption investigation. Four people with knowledge of the inquiries, each citing comments by senior officials, said those investigations were linked to a larger, secretive inquiry in which officials had detained or questioned a son and associates of Mr. Zhou.

“It makes logical sense that this is aimed at Zhou,” said Chen Ziming, a political commentator in Beijing. “It’s all too concentrated, all follows this same line to him. China National Petroleum Corporation and Sichuan are both places he worked. It’s a step by step process, questioning people associated with him, former secretaries and so on.” [Source]

Yet others interviewed by the New York Times believe that by investigating those around Zhou, leaders can send a message without actually disciplining Zhou himself:

Li Weidong, a former magazine editor in Beijing who closely follows party affairs, said, “I think it’s certain that the investigators received authorization to look into Zhou Yongkang’s cronies and family, but I’m very skeptical that Zhou would ever be punished.” He added: “I think they’ll use this to break his influence — to go against his people, but not him. He knows too much, and that would be too dangerous for Xi.” [Source]

A report in the Los Angeles Times says Xi Jinping’s corruption crackdown, and specifically the targeting of Zhou and his cronies, is an effort to “consolidate his power and push his economic agenda”:

Jiang’s downfall is fascinating for those who follow the faction rifts in the Communist Party because he was known to be a protege of the powerful former security czar Zhou Yongkang, a member of the Politburo Standing Committee in the last government. Zhou is reported to be under investigation as well, despite a tacit agreement in place since the 1980s that has given Standing Committee members immunity in corruption investigations.

Xi has tried to make a drive against corruption a theme of his new government, although so far he seems to be mostly pursuing vanquished rivals.

“This is a sign that Xi Jinping has the guns to go after a powerful politician. He must feel that he is a strong enough leader to do so,” said Willy Lam, a political analyst at the Chinese University of Hong Kong. Lam also suggested a more sincere motive, that Xi wants to root out corruption in the state-owned enterprises as a precursor to economic reforms in the public sector.

“They know they need to have tighter controls on the huge conglomerates to push their economic agenda,” he said. [Source]

Willy Lam emphasized this latter point in an interview with Bloomberg:

By pursuing Jiang, the leadership is widening graft investigations after Xi warned that corruption threatened the Communist Party’s six-decade hold on power. Focusing on the state-owned companies Jiang oversaw and China’s oil industry may give Xi, who became president in March, and Premier Li Keqiang greater impetus to push through changes at a key party economic policy meeting in November, said Willy Wo-Lap Lam of the Chinese University of Hong Kong.

“Xi probably emerges more powerful than ever,” Lam, an adjunct professor of history, said by telephone. “Xi and Li will subject these huge conglomerates to more intense scrutiny, — this is a way to impose some sort of discipline.” [Source]