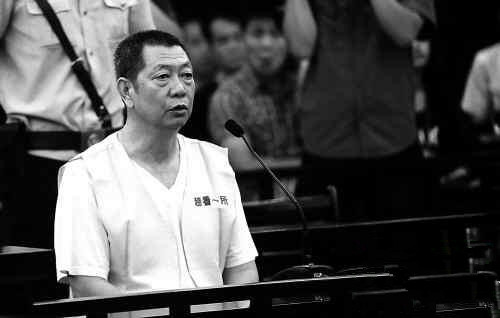 Former urban management official Cai Bin, dubbed “Uncle House” by enraged netizens after a whistle-blower revealed that he owned over 20 homes, has been sentenced to 11 and a half years in prison by a Guangzhou court. Xinhua reports:

Money equal to the amount of the bribes as well as personal property of 600,000 yuan were confiscated. Cai was dismissed from his post in October 2012 after civic-minded Net users highlighted his properties on the Internet. [Source]

In January, Xi Jinping pledged to fight corruption at all levels of the party, and there has been debate over Xi’s ability to combat corruption among party elites. Cai is the most recent low-level official to fall under the ruling administration’s anti-corruption efforts after similarly monikered Yang Dacai, aka “Watch Brother,” was sentenced to 14 years in prison on various corruption charges last week.