15.4% of Online Whistleblowers are Mistresses 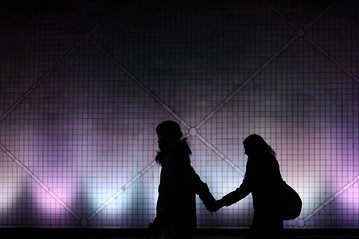 As Xi Jinping’s anti-graft campaign continues, a Xinhua report shows that 15% of allegations against corrupt officials come from their mistresses. From The Wall Street Journal:

The Xinhua report was based on a study conducted by the Center for Public Opinion Monitoring at the government-backed Legal Daily newspaper and was based on an analysis of 26 allegations of corruption made online between January and September. The study found that merchants made up the biggest share of accusers at nearly 27%. Others included businessmen, journalists, other officials and ordinary Internet users. The study didn’t say how many of the allegations were proven to be true.

Most of the cases examined were exposed through popular social media, like Sina Corp.’s Twitter-like Weibo microblogging platform, according to Xinhua. In every case, the tipsters used their real names. [Source]

The China Internet Information Center looks at some of the cases detailed in the Xinhua report:

Government officials were the principal target of the accusations in 76.9 percent of the cases, said the report, adding that the ranks of those concerned extended from county all the way up to ministerial level.

The report showed that 76.9 percent of the subjects were accused of embezzlement, bribe-taking or other economic problems.

See also James Palmer’s account of the practice of keeping mistresses among wealthy Chinese men and officials, via CDT.