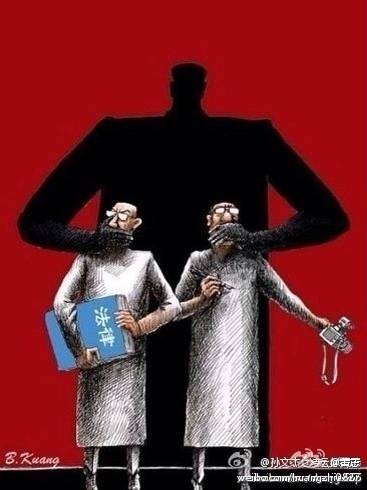 Chen was detained last week by Changsha police operating outside their jurisdiction for “damaging the business reputation” of construction machinery manufacturer Zoomlion. In today’s edition, New Express ran a front page editorial with the headline “Please Release Him.”

Central Propaganda Department: Regarding coverage of the verdict of Bo Xilai’s second trial: the media may only republish Xinhua News Agency wire copy; do not gather information or speculate [on the story]; practically reinforce management of subordinates’ weibo. (October 23, 2013)