China To Give Rewards for Curbing Air Pollution 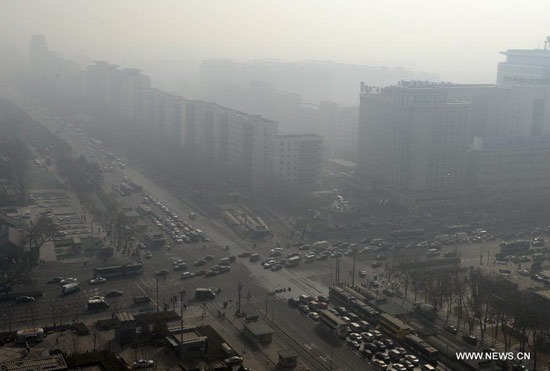 China on Monday said it would offer financial rewards for reducing air pollution in six regions, including Beijing, as the government continues to search for a policy that yields results. From Reuters:

The Finance Ministry said the regions eligible for the rewards were Beijing and its neighboring city of Tianjin, the provinces of Hebei, Shanxi and Shandong, as well as the Inner Mongolia Autonomous Region.

The awards would be made at the end of the year and would be determined by pollution reduction targets, investment in tackling the problem and falls in PM 2.5 particles, which are especially bad for health, the ministry said on its website.

The provinces of Shanxi and Inner Mongolia are among China’s top coal-producing provinces and have been a major source of air pollution. [Source]

The South China Morning Post said as much as 5 billion yuan would be set aside in connection with the program:

A large chunk of the funds would go to Hebei, the statement said. As the country’s largest steel producing province, Hebei suffers from the worst air pollution in the country. Monitoring by environmental authorities shows that in the first half of this year, seven out of the 10 worst polluted mainland cities are in Hebei.

Ma Yufeng, mayor of Baoding in Hebei, said the city would strive to move out of the top 10 list as soon as next month, reported the Yanzhao Metropolis Daily.

Lin Boqiang , director of the China Centre for Energy Economics Research at Xiamen University, said the government fund would be far from sufficient to cover the total clean-up cost, but it would send a signal to the market and lead to further investment. [Source]