Has the U.S. Noticed China’s Pivot to Central Asia? 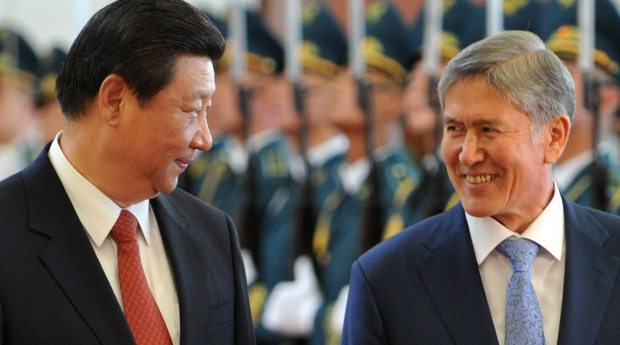 Xi Jinping’s recent trip to Central Asia marked a watershed moment in China’s pivot to Central Asia, which Alexandros Peterson calls “one of the most profound geopolitical trends of the early 21st century.” From The Atlantic:

Due to Xi’s visit, people are beginning to notice. Martha Olcott at the Carnegie Endowment observed that China’s influence in Central Asia is “unmatched,” noting the glaring contrast between China’s multiple high-level visits over the years and the fact that a U.S. president has never set foot in the region.  Publications by Brookings, the German Marshall Fund and Stratfor all highlighted the geopolitical implications of Washington supposedly being blindsided by Xi’s trip to Kazakhstan, Kyrgyzstan, Turkmenistan and Uzbekistan.  An event in Washington, D.C. with China’s foremost Eurasia scholar, Pan Guang of the Shanghai Academy of Social Science, drew a large crowd of non-Central Asia watchers, all eager to make sense of a development that seemed to carry global implications.  But, China’s influence in the region is not new.

President Xi’s trip was symbolic of the growth of what can be called China’s “inadvertent empire” in Central Asia.  Contrary to implications in the Western press, the visit was much more about cashing in China’s chips than a bet, one that was actually placed back in 2001 when Beijing launched a regional organization led by China and including every post-Soviet Central Asian country but Turkmenistan: the Shanghai Cooperation Organization (SCO).  Though barely noticed at the time, China’s formation of the SCO was a clear signal that Beijing’s pivot had begun. And while the SCO is not a major player in beyond the region, it is notable that China sought to build such an institution in Central Asia and not the Asia-Pacific and especially that, when it comes to the balance of power in the region, Russia accepted “second-tier” status in the enterprise.  Subsequently, Moscow’s neo-Soviet “Customs Union” and stated aspirations for a so-called “Eurasian Union” represent a rearguard action to stem the influence of China. [Source]

In the context of energy security, Loro Horta writes that no other region can match the convenience of Central Asia. From the East Asia Forum:

Over the past decade, Central Asia has grown from a marginal position in Beijing’s strategic calculus to the top of its diplomatic priorities: China is fast emerging as a vital economic and political player in this strategically located and resource-rich region. In early September Chinese President Xi Jinping visited several Central Asian countries bringing billions in investment — a trip that could signal the opening of a new silk road connecting the Eurasian landmass with East Asia through China, ushering in a new economic and political era.

China’s new focus in the region has been on cultivating good relations with the newly independent republics that bordered its restive western province of Xinjiang, home to several Turkic groups such as the Uighur, Uzbeks and Kazaks. Uighur nationalists and separatists, or ‘splitists’ as Beijing calls them, have on occasion used the neighbouring countries to organise anti-China activity.

To stabilise the region, China is providing development aid and enhancing security cooperation. And as China’s economic power grows, so does its demand for energy resources and the corresponding need to diversify its supplies that are critical for economic growth. [Source]