Chinese Save ‘Defensively’ for Milestones 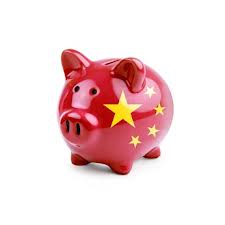 Tea Leaf Nation’s Liz Carter  and ChinaFile present a humorous infographic by Sohu Finance which suggests that Chinese people save “defensively” for increasingly expensive life events including  getting married, having children, affording college, and buying a home:

China is known for saving money, and as China has become wealthier, the household savings rate has increased. China’s personal saving rate has risen steadily since the mid-90s, and now exceeds 50%, much higher than Germany’s 10% – considered high among developed countries – and more than ten times the United States’ saving rate (which is falling) of 4.6%.

Experts have cited China’s transition to a market economy, which has meant a drop in individuals’ income security, as one reason Chinese save despite the country’s economic growth. But the high cost of living, even in third-tier cities, also plays a role.

The below infographic, created by SOHU Finance, offers a humorous but revealing take on this serious issue. It breaks down China’s “defensive saving,” showing just how quickly a major life milestone – like marrying or having a child – can drain the average Chinese household’s bank account.[Source]

China Fences In Its Nomads, and an Ancient Life Withers

The Rise of Alternative Education in China

In Slickness and in Wealth

Liu He, Xi Jinping’s Choice to Fix a Faltering Economy

Diabetes in China Now a “Catastrophe”