Liu He, Xi Jinping’s Choice to Fix a Faltering Economy 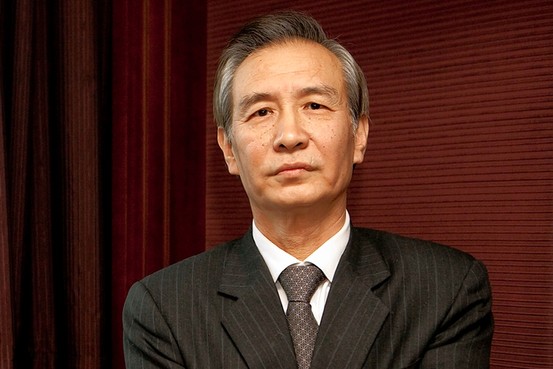 As China’s top leadership plans for economic reform over the next decade, Liu He has come to the fore as the one entrusted with crafting the reform agenda. The Wall Street Journal reports:

China is turning to the quiet, 62-year-old Mr. Liu, a Communist Party apparatchik known to colleagues and Western leaders as an economic reformer, to lead development of the latest blueprint for China’s economy. It is to be unveiled next month at a closed-door session of the top 450 party officials.

[…] The goal of China’s top leadership, repeated by Mr. Xi and other officials, is to attempt to create a more U.S.-like economy: Promote a consumer culture—encourage Chinese citizens to buy more of the cars, clothes, appliances and electronic gizmos that China currently exports—while also encouraging innovative private firms. That would be a departure from China’s old formula of relying on cheap exports abroad and vast investment at home in building roads, railways and even new cities.

[…] The choice of Mr. Liu as the prime architect of China’s new plan, confirmed by a number of Chinese officials, academics and other people familiar with the matter, has buoyed hopes that market-oriented reformers will win the day. Mr. Liu has pressed since the 1990s for market-based policies over the objections of government officials who would rely on Maoist-style production quotas.

“China must change its mode of economic development more quickly,” including increasing domestic demand, Mr. Liu wrote in a 2011 paper. He used the document to take a swipe at party leftists. The party, he said, must be “a ruling party rather than a revolutionary one,” referring to its history of trying to transform China through central planning and by mobilizing Chinese peasants and students. [Source]

While some are cynical about the prospects of extensive reform, others like former U.S. Treasury Secretary Henry Paulson is optimistic that China will carry through with its reforms and restructure its economy. Paulson writes in The New York Times:

There are four reasons for my optimism.

In speech after speech, Mr. Xi and Mr. Li have put their political capital on the line by promoting economic reform. They have drawn up blueprints and adopted pilot programs — like a free-trade zone in Shanghai — that will bolster the market and rationalize the allocation of capital, for instance by permitting more foreign competition and greater fluctuation of interest rates.

[…] Second, China’s new leaders are strong enough to press for change. The history of Chinese economic reform suggests that vigorous central leadership is essential. Deng Xiaoping was the determined architect behind China’s initial reforms in 1978 and their reinvigoration in 1992. Zhu Rongji, the prime minister under President Jiang Zemin, pushed through reforms of the taxation system and state-controlled industries that paved the way for China’s joining the World Trade Organization in 2001.

[…] Third, China no longer has the luxury to delay needed reforms. China’s economic output expanded nearly sixfold between 2002 and 2012, from $1.5 trillion to $8.3 trillion, but that growth fostered complacency. True, it weathered the financial crisis through giant spending on public works, but that only put off the day of reckoning. The presumption that China can simply grow its way out of any problems no longer holds. Growth is slowing, inequality has widened, provincial and local government debts have climbed. China’s export-oriented sectors face harsh headwinds, from sluggish consumer demand in advanced markets to rising labor costs at home. [Source]