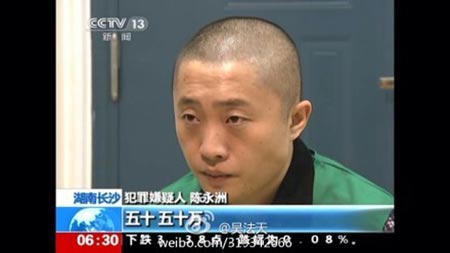 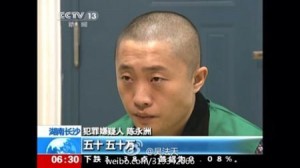 Central Propaganda Department: New Express reporter Chen Yongzhou accepted bribes to publish a number of inaccurate reports. The media must use the full text of Xinhua News Agency wire copy regarding this incident, no exceptions. Do not comment, and do not publish images. All Weibo accounts managed by media must absolutely follow these requirements when posting. (October 26, 2013)

Central Propaganda Department: Xinhua News Agency will soon release an article on New Express journalist Chen Yongzhou’s acceptance of bribes to publish false reports, and the All-China Journalists’ Association will soon issue a statement on the issue. All media appointed by the central, provincial, or municipal government must publish the full contents of both texts. (October 27, 2013)