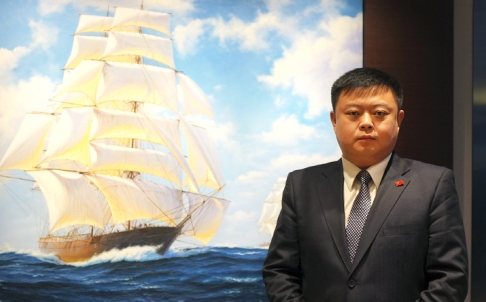 After Nicaragua’s National Assembly approved plans for a Chinese company to build and operate a new waterway capable of contending with the Panama Canal, a high-level delegation from Nicaragua traveled to mainland China and Hong Kong last week. Amid heightening controversy concerning the planned project, The South China Morning Post reports on the overall implications it could have on Nicaragua-China relations:

Laureano Ortega Murillo – the son of Nicaragua’s president, Daniel Ortega – led a group of 21 politicians, academics and businessmen on a tour to Beijing, Wuhan, Xuzhou and Hong Kong.

[…]Both governments wanted to keep the deal low-profile. Ortega junior declined to comment but the HKND chairman, Wang Jing, 41, said the project was “strictly commercial”.

The Ministry of Foreign Affairs in Beijing also stressed it was not a government-backed project. Still, given the delicate nature of the project and the relationship between Nicaragua, Beijing and Taipei, it could have wide geopolitical implications.

Nicaragua is one of the 23 countries that recognise Taipei instead of Beijing. The tour happened three weeks after Nicaraguan foreign minister Samuel Santos Lopez angered Taipei when he referred to Taiwan as China-Taiwan in a statement.

[…]Delegation member Francisco Telemaco Talavera Siles, the president of the National Council of Universities, said: “We are in a special moment in China and in Nicaragua. We are starting a new historical phase that is going to see closer relations.” [Source]

The SCMP also published an interview with Beijng-based entrepreneur Wang Jing, sole owner and CEO of Hong Kong Nicaragua Canal Development Investment, the company handling the project. In the interview, Wang was quick to reiterate the project’s “strictly commercial” nature:

What is the significance of this visit on a national level?

I think you are asking the wrong person as the two countries don’t have diplomatic relations. Only the governments of China and Nicaragua have the authority to answer your question. I am only in charge of a company, I have no authority to represent [the governments] or assess the canal’s significance for the nation.

Would you welcome the establishment of diplomatic relations?

I welcome China having diplomatic relations with all countries.

[…]When you started this project, did you discuss it with the Chinese government?

This is an independent project by our company, HKND. It is a strictly commercial project. There was no order from the Chinese government, nor were any instructions given or demands made. Looking back, if you ask me whether the Chinese government knew about the project, then I’d say the canal is no secret. [Source]