Bo Xilai: Out of Sight, But Not Out of Mind 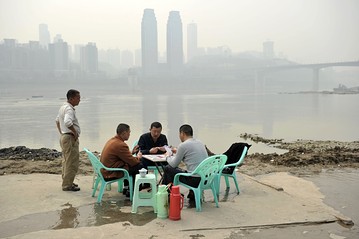 At China Real Time, Chinese law specialist Stanley Lubman writes that following the failure of Bo Xilai’s appeal against a life sentence for bribery, embezzlement and abuse of power, authorities must review other accusations such as “gross illegalities allegedly committed by Chongqing police during the so-called ‘Smash the Black’ campaigns”:

While digging through the mountain of claims will not be an easy task, it presents the Chinese leadership with an opportunity to demonstrate to police, prosecutors and courts nationwide that illegalities committed in the course of criminal prosecutions will not be tolerated.

Investigating police conduct in Chongqing, clearing the innocent and paying compensation would resonate forcefully with the need to address wrongful convictions generally, which was strongly endorsed earlier this year by Zhou Qiang, President of the Supreme People’s Court and Shen Dayong, Executive Vice President of the Court.  Since then, Chinese legal scholars have urged creation of independent commissions to investigate and set aside allegedly wrongful convictions. This would be an important step forward in Chinese legal reform.  (Even in the Maoist era, punishments inflicted during political campaigns were sometimes reviewed and corrected.)

Media reports say that in the course of the campaigns in Chongqing, more than 3,300 people were detained, many were tortured, and the former police chief along with 12 alleged triad leaders were executed.  In addition, hundreds of millions of yuan were reportedly confiscated from private enterprises.  In one case, bank accounts of a real estate developer were allegedly seized and the funds were transferred to an account controlled by the police and then on to companies controlled by the police. The company’s founder has attempted to sue for an illegal seizure of assets, according to the South China Morning Post, but has not received any response to his application for a lawsuit filed in February. [Source]

At ChinaFile, Ouyang Bin, Zhang Mengqi, and David M. Barreda compare Bo’s sentence with punishments meted out under Hu Jintao and Jiang Zemin, and conclude that Bo “may have gotten off easy” even on the relatively light charges that were brought against him. Whatever the trial may have failed to address, however, Jeremy Page notes in the Wall Street Journal that some members of the legal community feel satisfied with the outcome:

[… S]ome lawyers and legal scholars expressed satisfaction that Mr. Bo was facing justice—even though he escaped charges for many other alleged abuses in Chongqing.

Mr. Bo burnished his political reputation there by presiding over a sweeping campaign against organized crime that many lawyers and rights activists say disregarded legal norms and was used as a pretext to confiscated assets from private business figures.

“When he was in power, he was unreasonable and arrogant and considered citizens’ rights and the law to be nothing,” wrote Zhou Yongkun, a professor at Suzhou University’s law school, on his microblog.

“As soon as he became a prisoner, he realized the importance of rights, and that the law was his umbrella. But it was too late.” [Source]

Zhou’s comments echo the observations of a lawyer who attended Bo’s trial and sentencing, whose account of the proceedings was published this week in the South China Morning Post (via CDT).

Nathan Vanderklippe at the Globe and Mail writes that observers are divided over whether the case demonstrates rule of law, or by law:

“The denial of Bo’s appeal serves notice to both sides of the political spectrum in China,” Russell Leigh Moses, Dean of The Beijing Center for Chinese Studies. To those on the left, “their cause needs to be larger than just one man.  And to those who want reform, it holds out the hope that changes in the system will continue to proceed in an orderly fashion, but driven from the top – with the law firmly in the hands of the Communist Party.”

The political sensitivity of Mr. Bo’s case was underscored this week by a censorship sweep that saw supportive comments from Chinese social networking sites and media ordered only to carry the official story as provided by state-run Xinhua news agency. On Friday, much of the comment on Weibo, a popular Twitter-like service, was supportive of Mr. Bo’s upheld sentence, which user yujianliangren said “shows us the meaning of ‘the rule of law.’ No who matter who it is or how high their rank is, if they violate the Party’s discipline and the country’s laws, they will be seriously punished.”

Meanwhile, The New York Times’ Edward Wong points out that in contrast with the controlled but copious information released during August’s trial, Bo’s appeal proceedings were relatively muted:

There is no sign, so far, that the High People’s Court will post details of the proceedings on an official microblog, as the lower court did in August. Remarks then by Mr. Bo, the former party chief of Chongqing and Politburo member, that implicated other leaders or elements of the Communist Party in his misfortunes were kept from the microblog posts. Many critics called it a show trial via social media. The information that did emerge kept the public focused on salacious details of the Bo family lifestyle — a vacation villa on the French Riviera, a private jet used by Bo Guagua on a trip to Tanzania, a love triangle that involved Mr. Bo, Ms. Gu and Wang Lijun, the former police chief of Chongqing.

Nothing as electric has yet emerged from the appeals hearing. Though the Bo narrative has been filled with twists, the High People’s Court, almost certainly following the will of party leaders, did exactly what everyone had expected it would do.

The stage now moves to Qincheng Prison in the northern suburbs of Beijing, where Mr. Bo, barring a miraculous political intervention, will spend years with his freedom and power circumscribed, as his father did during the Cultural Revolution. [Source]