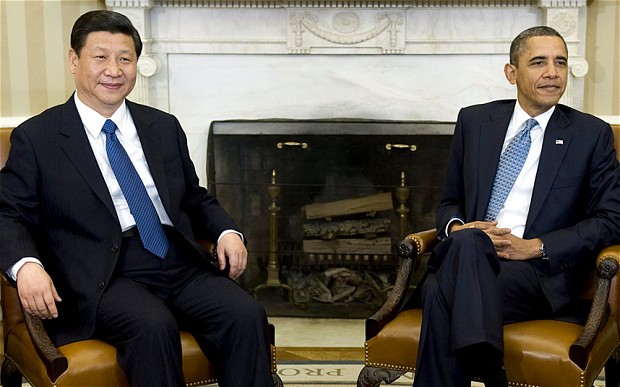 Though the federal government shutdown in the United States has caused a lot of pain, Mark Landler of The New York Times notes that China has already come out a winner:

By forcing President Obama to cancel a visit next week to Malaysia and the Philippines, the impasse with House Republicans is spoiling Mr. Obama’s show of support for two Southeast Asian countries that have long labored under the shadow of China. And it is undermining his broader effort to put Asia at the heart of American foreign policy.

Mr. Obama’s planned itinerary for next week — a mix of summit meetings and good-will visits — was carefully molded to reinforce the message to China that the United States is once again a central player in the region. But the president’s Asian pivot keeps getting pulled back by two forces that have haunted his presidency: strife in the Middle East and strife with Capitol Hill.

[…] With little sign of a compromise that would reopen the government by this weekend, however, Mr. Obama may be forced to scrap those visits, too, sending Secretary of State John Kerry as his understudy. It would be the third time he has been forced to sacrifice an Asia trip because of domestic issues — he postponed a visit in March 2010 because of the battle over the health care overhaul, and delayed it again four months later because of the oil spill in the Gulf of Mexico. [[Source]]

In Obama’s absence, The Wall Street Journal Reports that U.S. secretary of state John Kerry and defense secretary Chuck Hagel met with Japanese prime minister Shinzo Abe in Tokyo on Thursday and assured him of America’s commitment to regional security. But while Obama was forced to cancel his trip to Asia, Chinese president Xi Jinping began a charm offensive in Southeast Asia. From USA Today’s Calum MacLeod:

China has dispatched flotillas of fishing boats and military craft to stake claims on fishing grounds and has refused to entertain negotiations with other countries over sharing rights to the sea.

But on Thursday, in the Indonesian capital Jakarta, Xi Jinping arrived in Indonesia ahead of Obama with a humble face.

Addressing the nation’s parliament, he led with, “How are you?” and did so in the official Bahasa Indonesia language, a touch that Xi’s stiff predecessor Hu Jintao would probably never have done. [Source]

Gwynn Guilford writes that Xi’s next stop, in Malaysia, is an opportunity for China to thwart U.S. efforts to bring the country into the Trans Pacific Partnership, a free trade pact that has been central to America’s pivot to the region:

The problem for the U.S. is that Malaysia’s prime minister, Najib Razak, has been dragging his feet on the negotiations and threatening to water down the TPP terms. The treaty, he worries, could threaten state control of certain industries, as well as its labor programs favoring ethnic Malays. Facing mounting political pressure to take a stand against any less-than-beneficial TPP terms, or to back out of the negotiations altogether, Najib has been stalling. If skittish countries like Malaysia dilute the TPP—or if Najib ditches the talks—the U.S. loses clout in countering the RCEP’s influence.

That’s put Obama in a tough position, says Bridget Welsh, a political science professor at Singapore Management University. ”The fact is that Obama’s visit would have been an endorsement for Najib,” she says, “when domestically he has been sending all the wrong signals.”

[…] “[Malaysia] is on the frontline in the U.S.-China contestation. This is why China is similarly wooing Malaysia extensively,” Welsh tells Quartz, noting that the country is exploiting the competition. “Malaysia wants the best of two worlds. They enjoy being ‘fought over’ and are taking advantage in multiple-track engagement.” [Source]