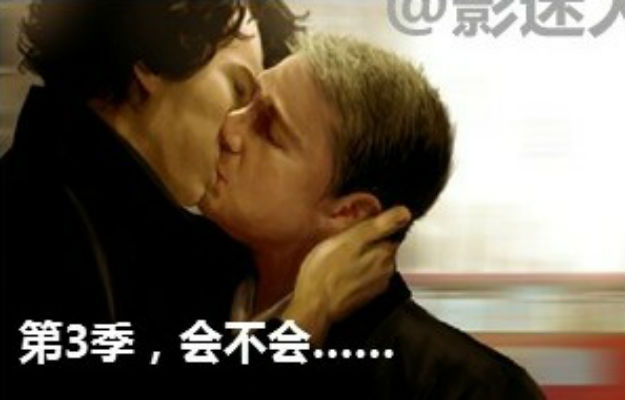 The Chinese Internet is home to a wealth of slash fiction — danmei in Chinese — a genre that imagines existing fictional characters in romantic same-sex relationships, and a body of work in which Cumberbatch’s Sherlock features prominently. Stories range from the explicit “He Is My Bitch,” about Sherlock and Watson’s sadomasochistic sex life, to the more romantic “I Write You This Letter from a Foreign Land,” in which Watson describes his inner feelings for Sherlock in a diary. There are even novels, like the 39-chapter tome It’s Alright, I’m Here, Sherlock, which describes in great detail the lovers’ long and convoluted path to couplehood.

[…] What makes his Chinese fans special, though, is that some are risking jail to write him into slash fiction. In early 2011, authorities in China’s inland Henan province arrested Wang Chaoju, the webmaster of the slash fiction website Danmei Novels Online, and charged him with “disseminating obscene content” after finding about 1,200 sexually explicit danmei stories among the tens of thousands on the site. Later that year, Justice Online, a legal news website, labeled slash a “harmful trend,” quoting a psychologist who said the literature “could lead to a deviation of sexual orientation, difficulty interacting in social situations, and even criminal activity.” To avoid punishment, writers and readers of explicit slash often exchange content over email, ensuring the work remains invisible to the wider Internet. [Source]