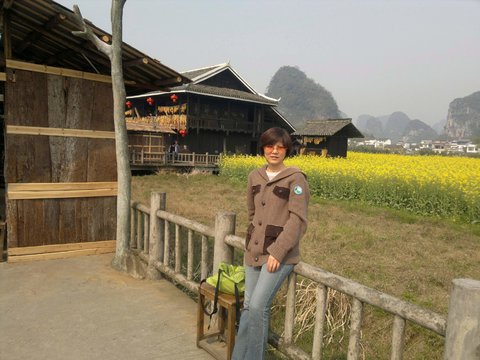 Fei Chang Dao reports that Baidu, Qihoo, Sina and Tencent are all blocking searches related to a newly founded political party inspired by fallen Chongqing Party chief Bo Xilai. Founder Wang Zheng explained to Bloomberg Businessweek, though, that her intention is to improve China’s one-party rule, not overturn it. From Dexter Roberts:

“I set up this party because while this society has laws, it is not ruled according to the law, and that is very apparent in the Bo Xilai case,” Wang Zheng, an associate professor of international trade at the Beijing Institute of Economics and Management, told Bloomberg News in a telephone interview Sunday. “Our goal is to correct the ruling party’s violations of the constitution. We are not trying to stop one-party rule,” she said.

Wang announced the founding of the party, called Zhi Xian, or “Supreme Authority of the Constitution,” on Nov. 6, naming Bo, now serving a life sentence in a Beijing prison, as “chairman for life.” She invited Bo to be chairman through a letter to his lawyer. Although she has not received a response, “I accept it as silent approval,” she said.

[…] “What Bo did in Chongqing was to carry out the constitution,” Wang told Bloomberg News. “What Bo did for the people was for real.” [Source]

The censorship suggests that these assurances will not offer much protection. Despite signs of mixed attitudes among Party elites, activists’ calls for constitutionalism have encountered fierce official resistance this year, and the timing of Zhi Xian’s emergence so soon before the sensitive Third Plenum is unlikely to help it win a warmer reception. The Economist’s James Miles saw it as a faint echo of the Democracy Wall movement that coincided with the historic 1978 session, but noted that Xi’s patience with public input appears shorter than Deng Xiaoping’s. History professor Willy Wo-Lap Lam suggested to Bloomberg that Zhi Xian might even be a product of intra-Party intrigue surrounding the meeting, with “the arch conservative faction of the party putting pressure on Xi Jinping to make some concessions regarding reform policies during the plenum session.” Lionizing Bo Xilai will also do little to endear Zhi Xian to the authorities: as well as the Third Plenum, its founding coincides with a series of conferences around China aimed at helping Party members learn from Bo’s negative example.

Wang has been evasive about the size of the new party, but told The New York Times that she has been struggling to keep up with membership applications. Reuters’ Ben Blanchard, however, reported skepticism about the new party from prominent Bo supporters, one of whom took issue with Wang’s assumption of his “silent approval”:

Sima Nan, a well-known defender of Bo’s policies who makes a living appearing on television entertainment shows, labeled the new party a “farce”, adding that as a proud Communist Party member he would never join it, doubting Bo would either.

“Everything Bo Xilai did in Chongqing was for the Communist Party. He would never join another party,” Sima told Reuters. “I think this new party is a practical joke. I know nothing of its aims or who is behind it.” [Source]

Liberal activist Hu Jia commented on Twitter (via Carl Minzner) that Wang’s support for rule of law had previously found a focus in the illegal house arrest of Chen Guangcheng [zh]:

Wang Zheng used to be a friend of mine, and was part of the campaign for Chen Guangcheng in late 2011. I got the impression she knew quite clearly how to avoid political risks. But I can’t understand her present attachment to Bo Xilai. [Source]

Bo does make a curious icon for rule of law. An anonymous lawyer who attended his trial wrote at South China Morning Post last month that Bo had “shocked everyone in the courtroom with his firm grip of the spirit of the rule of law, substantive legal principles, and what constitutes a crime.” But this, he added, only cast the excesses and abuses of Bo’s rule in Chongqing into starker relief. “Often, an accused person only understands the importance of the law when standing in the dock.”