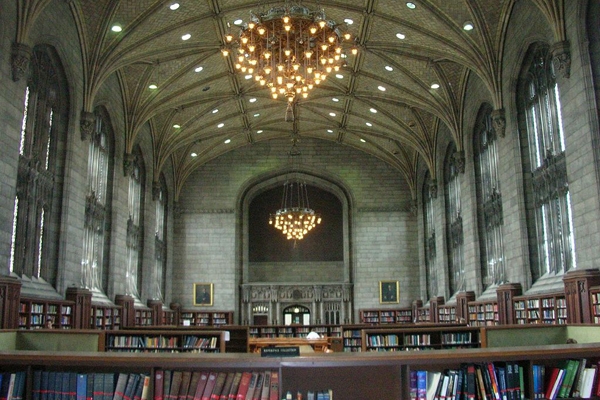 In The Nation, University of Chicago anthropologist Marshall Sahlins takes an in-depth look at the establishment of Confucius Institutes at universities around the world, including his own. He investigates the governance of the institutes, and finds that the amount of control the Chinese government maintains over the hiring of teachers and development of the curriculum varies widely depending on the specific agreement worked out between the two sides:

For all the attention that the Confucius Institutes have attracted in the United States and elsewhere, there has been virtually no serious journalistic or ethnographic investigation into their particulars, such as how the Chinese teachers are trained or how the content of courses and textbooks are chosen. One difficulty has been that the CIs are something of a moving target. Not only are Chinese officials willing to be flexible in their negotiations with elite institutions, but the general Hanban strategy has also been changing in recent years. Despite its global reach, the CI program is apparently not achieving the political objectives of burnishing the image and increasing the influence of the People’s Republic. Unlike Mao’s Little Red Book in the era of Third World liberation, the current Chinese regime is a hard sell. Having the appearance of an attractive political system is a necessary condition of “soft power” success, as Joseph Nye, who coined the phrase, has written. The revamped Confucius Institute initiative is to engage less in language and culture and more in the core teaching and research of the host university. Still, the working principles of the CI program remain those of its constitution and bylaws, together with the model agreements negotiated with participating universities. Routinely and assiduously, Hanban wants the Confucius Institutes to hold events and offer instruction under the aegis of host universities that put the PRC in a good light—thus confirming the oft-quoted remark of Politburo member Li Changchun that the Confucius Institutes are “an important part of China’s overseas propaganda set-up.”

[…] Many reputable and informed scholars of China have observed that the Confucius Institutes are marked by the same “no-go zones” that Beijing enforces on China’s public sphere. In an interview reported in The New York Times, June Teufel Dreyer, who teaches Chinese government and foreign policy at Miami University, said: “You’re told not to discuss the Dalai Lama—or to invite the Dalai Lama to campus. Tibet, Taiwan, China’s military buildup, factional fights inside the Chinese leadership—these are all off limits.” The Confucius Institutes at North Carolina State University and the University of Sydney actively attempted to prevent the Dalai Lama from speaking. At Sydney, he had to speak off-campus, and the CI sponsored a lecture by a Chinese academic who had previously claimed that Tibet was always part of China, notwithstanding that it was mired in feudal darkness and serfdom until the Chinese democratic reforms of 1959. The Confucius Institute at Waterloo University mobilized its students to defend the Chinese repression of a Tibetan uprising, and McMaster University and Tel Aviv University ran into difficulties with the legal authorities because of the anti–Falun Gong activities of their Confucius Institutes. Other taboo subjects include the Tiananmen massacre, blacklisted authors, human rights, the jailing of dissidents, the democracy movement, currency manipulation, environmental pollution and the Uighur autonomy movement in Xinjiang. Quite recently, Chinese government leaders explicitly banned the discussion of seven subjects in Chinese university classrooms, including universal values, freedom of the press and the historical mistakes of the Chinese Communist Party; this was part of a directive to local officials to “understand the dangers posed by views and theories advocated by the West.” It stands to reason that these subjects will also not be matters of free inquiry in CIs.

More than one CI director has stated that his institute is free to discuss anything it wants to; the only problem seems to be with the things they don’t want to discuss. “We don’t know anything about the contract that [Hanban officials] force their teachers to sign,” said Glenn Cartwright, principal of Waterloo’s Renison University College, which houses the institute. “I’m sure they have some conditions, but whether we can dictate what those conditions can be is another story.” Human rights are not discussed in the Confucius Institute of the British Columbia Institute of Technology because that isn’t part of its mandate. According to director Jim Reichert, “our function is really focused on cultural awareness, business development, those sorts of pragmatic things.” Even at liberal arts universities like Erlangen-Nürnberg in Germany, the deputy director of the CI told a newspaper in 2012, Confucius Institutes may not be the correct venues for debates on Tibet and other sensitive issues; such topics were better left to Sinology departments. [Source]

As U.S. universities increase their partnerships with Chinese counterparts, and build China-based campuses, concerns have arisen over Chinese government interference in academic freedom. The issue has recently come to light with Peking University’s expulsion of professor Xia Yeliang, who was affiliated with a number of foreign universities.

Read more about Confucius Institutes, via CDT. See also a Dissent Magazine article about the corporatization of higher education in the U.S., which doesn’t mention China but discusses universities’ expansion abroad in order to increase their revenue stream.